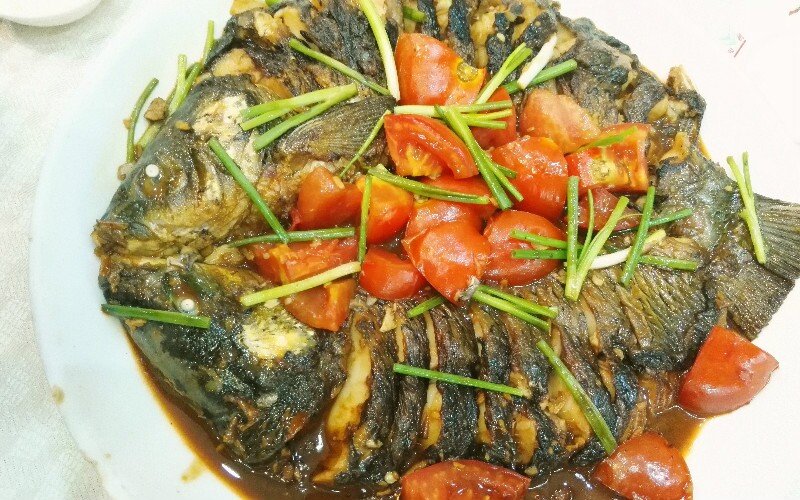 Beer fish, a famous local specialty dish in Yangshuo, has spicy and delicious meat without any fishy smell and is very appetizing. It is selected from the big fresh carps in the Li River and is firstly fried with camellia oil and then braised with superior beer produced in Guilin. The unique crispy fresh flavor makes it well-known throughout the world.

As fine food in Yanshuo, it was originally introduced from a few individual stalls. However, large numbers of restaurants have occupied the county, especially West Street in Yangshuo, a famous place where various kinds of fine food are gathered. It is served by lots of restaurants in Yangshuo as an attracting dish to the owners and a delicacy to diners.

It is such a unique food that, once moved to other places, the original local flavor will be different in taste. Therefore, only in Yangshuo can diners enjoy the color, smell, alcohol and delicate taste of beer fish. That is why beer fish has become part of the food culture scenery among the fine foods in Yangshuo.

There are only two unique skills, as people say in Yangshuo.

First, the fish must be cooked in Yangshuo with water from the Li River.

Second, a fresh live carp weighing about 1 to 1.5 kilogram is needed from the Li River, from which the contentment of living in a place with green hills and clear waters is apparent.

Third, The fish must be cut without scraping its scales; this is the most important point in making beer fish. After the viscus is removed, it should be flatly cut in half, each half of which needs cross-cutting to enhance its taste. Then it is time to fry it with the local camellia oil until it becomes golden brown on both sides with a crisp, scaly skin. The fish must be kept intact without any falloffs or mush.

The well-cooked fried fish must be picked up and put into a pan and then boiled with beer and jardinière, such as local peppers, tomatoes, celery, and so on. The soup should be reduced to 20 percent of its original volume (this soup is also amazing for rice), and not until then will the beer fish be completely ready.

The key to the dish is the heat. The fish should be cooked at a high temperature first and a lower temperature later, gradually turning yellow and breaking into smaller pieces. The coated fish scale skin with fresh white meat underneath will feast your eyes as you watch it cook.

Generally speaking, beer fish is hot and foreign tourists are not accustomed to it but, if you can tolerate the heat, you should try it.

There are a number of advertisements for beer fish around the streets in Yangshuo, which can match the beer fish served in the restaurants. According to the comments of Trip Advisor’s customers, Meijie Yangshuo Beer Fish (梅姐啤酒鱼) is a good choice (Location: It is located in the food square, which is 50 meters away from West Street and 300 meters from Li River Harbor and has an elegant environment with a peaceful scenery).