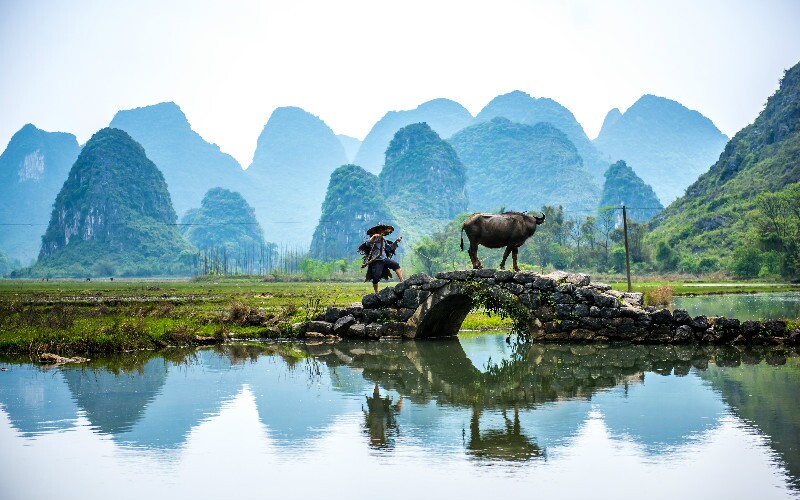 Guilin is located in the northeast of Guangxi Zhuang Autonomous Region in south China. It is about 2 hours by air from Shanghai and 3 hours from Beijing. See below is a map of Guilin in China:

This map shows the locations of Guangxi's main prefecture-level cities, including Guilin.

Guilin is one of China's most popular tourist destinations, and has long been renowned for its fascinating 'best karst and water scenery in the world'.