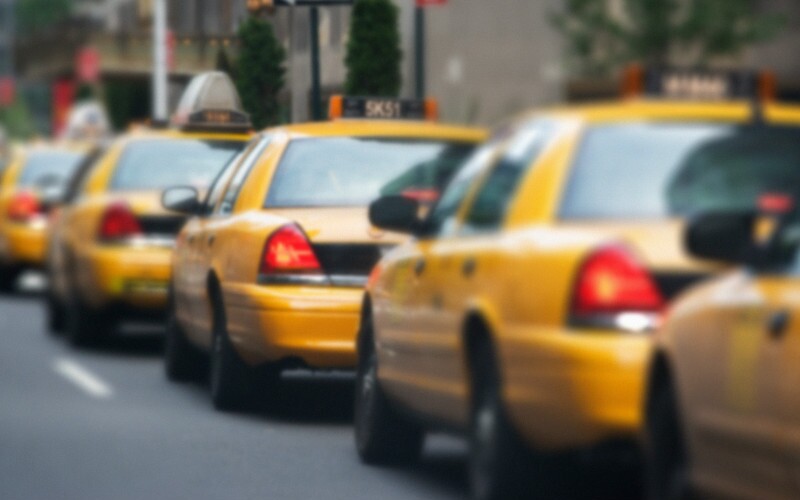 Guilin Taxis- How to Take a Taxi in Guilin

Guilin is a small city with a population of about 1 million in the city and suburbs. There are about 2,000 legitimate taxis running in the city. Generally, the taxi volume in Guilin can meet the demand, but at rush hours it's hard to flag down a taxi.

Tips for Taking a Taxi

Most taxi drivers in Guilin are not able to speak English. Ask e.g. hotel staff to write down the Chinese name of your destination and show it to the taxi driver. Take a business card from your hotel when go out in case you want to take a taxi back. It is also a good idea to have a phone number with you in case you'll need to call for directions or for someone to speak to the driver for you.

Passengers have the right to take non-smoking taxis. If you find your driver is smoking in the car, you can stop him immediately.

When Taking a Taxi Is Difficult

In most cases, the taxis stop anywhere on the road (except at crossroads and traffic lights). There are only a few taxi stands on the main roads of Guilin. It's not hard to hail a taxi usually, but in the following circumstances it is quite difficult.

It's always good to remember/record the license plate when taking a taxi. If you leave something in the taxi (or have some other complaint), you can call the taxi hotline and tell them the plate number of the taxi, and you should be able to get your lost property back. Prevention is better still, so check your seat and taxi interior before you leave.

Most Guilin taxis are red.

In the city all legitimate taxis charge by the meter.

The base fare is 9 yuan for the first 2 km. The fare is 1.9 yuan/km beyond 2 km. Additionally 1 yuan is charged as fuel surcharge.

The base fare is 11 yuan for the first 2 km. The fare is 2 yuan/km beyond 2 km. Additionally there is a 1 yuan fuel surcharge.

Specific Point to Point Fare Information in the City

When taking a taxi outside central Guilin, drivers usually don't charge by taximeter. The following are common destinations and their fares.

The fare from Guilin Liangjiang International Airport to downtown Guilin is about 100 yuan (per taxi, not per person!). Nighttime fares are 20 more. There is only one terminal at the airport, and at the exit it's easy to find taxis waiting in line in front of the terminal.

A taxi is supposed to take passengers to any hotel in the downtown area at the standard fare in 40 minutes. But for the Guilin Shangri-la Hotel, and other hotels on the other side of the city, the taxi driver may charge 15 yuan more for extra mileage.

If you take a taxi to Guilin Liangjiang International Airport from central Guilin, you can book it from the reception desk of your hotel, but the price will be higher. If you are not in a rush, it's better to hail a taxi on the street.

Take a Li River cruise to enjoy the beautiful scenery from Guiln to Yangshuo.

Zhujiang Wharf is the place to take the Li River Boat Cruise. There is no direct public bus to Zhujiang Wharf. The easiest way to get there is to join a bus tour or take a private tour. Be sure to buy your cruise tickets in advance from a legitimate travel agency.

If you are going to take the Zhujiang Wharf for the Li River Cruise by yourself, you can get a taxi from downtown Guilin for approximately 100 yuan. It is suggested that you first negotiate a price with the driver and whether the price includes road tolls.

There are public buses to Yangshuo from Guilin Railway Station and Guilin Bus Station. A taxi is an option. The price is about 200 yuan (per taxi not per person!) for the 70-kilometer drive. But make sure with the taxi driver about the price first. Because sometimes the driver will charge higher price to 300 if there is a high probably that he has to drive back to downtown Guilin without a gust.

Taxis at Guilin Liangjiang International Airport also go to Yangshuo. The negotiated price is typically about 350 yuan. If you take a taxi to the airport from Yangshuo, the best place to find a Yangshuo taxi is around the bus station and biggest hotels.

Guilin North Railway Station is 8 kilometers north of downtown Guilin. It's the station where most bullet trains stop.

From the airport to Guilin North Railway Station it takes about 1 hour, and the price should be 130 to 150 yuan following negotiation.

Tourist spots like Elephant Trunk Hill, Fubo Hill, Diecai Hill, and Seven Star Park are located in downtown Guilin. If your hotel is in the downtown area, you can take a taxi between sights, and each journey should be within 10 yuan.

Reed Flute Cave is northwest of downtown Guilin. It takes 15 minutes and the taxi price is about 25 yuan.

You can also charter a taxi for day trips to these attractions. Usually the charge is about 200 yuan for 9:00 a.m. to 4:00 p.m. (avoiding rush hours). During holidays, it's hard to rent a taxi for day trips, and the price can be double or even three times more than usual.

If you charter a taxi for downtown day trips, avoid the restaurants your driver suggests. They may be tourist traps where the menu is overpriced and the driver gets a good commission.

How to Distinguish Between Legitimate and "Black" Taxis

There are approximately 2,000 legitimate taxis running in the Guilin City, but according to a newspaper report there are also about 500 "black" (illegal) taxis running in and around the city. These "black" taxis/drivers may not have a driving license, road tax certificate or taxi driver certificate. Passengers may be overcharged when using "black" taxis because they don't use meters.

Most legitimate Guilin taxis are red, and some are yellow and green. Legitimate taxi license plate numbers start with "桂CT." If a taxi has a license plate beginning "桂C" without a "T", then it is a "black" taxi.

The name of the taxi company and taxi service complaints hotline is printed clearly on the front door of legitimate taxis. The taxi sign light on the roof is also a way to recognize official taxis.

When getting in a legitimate taxi, passengers can see a placard with the driver's registration number and a taximeter on the dashboard that the "black" cars don't have. At a passenger's destination, a legitimate taxi can provide a receipt (发票 fapiao /faa-pyaoww/) at the passenger's request, but a "black" taxi can only supply a hand-written (fake) docket that is probably useless.

How to Avoid Being Overcharged

It's easy to be overcharged when taking a taxi in a city you are not familiar with. If you don't want to be cheated, you'd first better avoid "black" taxis waiting at railway stations, airports, and hotels.

When arriving at your destination, ask the driver for a receipt from the meter. If the driver offers you a hand-written one, make sure he writes down the car registration and driver registration details before paying.

Private drivers: You don't need to struggle with hailing legitimate taxis and negotiating prices in Chinese. We provide pre-booked transfer services to/from Guilin Airport and hotels with your own private vehicle (suited to your group size) and English-speaking guide.

Our private tours come with a private vehicle suited to your group size, which is more comfortable than a taxi. Your private driver will be well-trained and safe. And we also provide an English-speaking tour guide for all your communication needs and any questions you have along the way. Contact us to make arrangements.