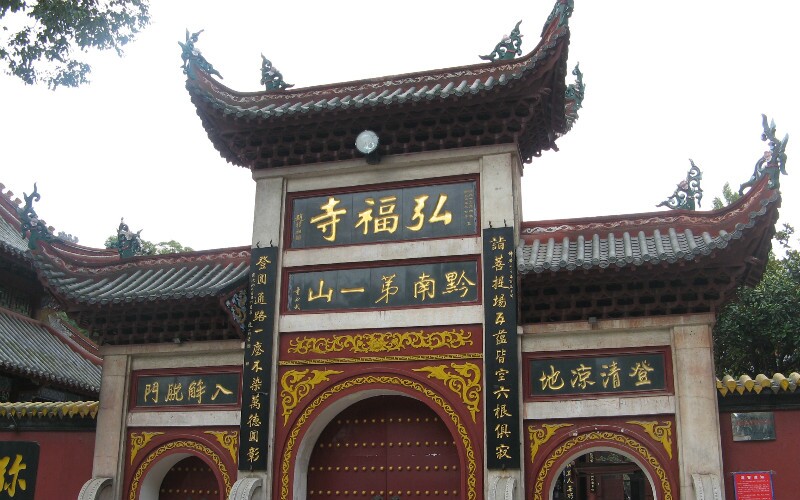 Originally built in 1667, it is the largest temple of Zen Buddhism in Guizhou Province. It features majesty and sobriety. Hongfu means to develop Buddha's spirits and to benefit mankind. Today it is rated as one of the 142 national key temple scenic areas as well as the key cultural relic preservation in Guizhou Province.

In the first hall named Heavenly King Hall, you can see the statues of Maitreya Buddha and the four Heavenly Kings. On the walls there are also steles of sutra and colorful paintings. The second main hall is the Bodhisattva Hall dedicated to Bodhisattva Avalokiteshvara with 32 arms. In the third hall named Mahavira Hall there are gilded statues of Sakyamuni and the 18 Arhats. There's also a jade Buddha statue from Rangoon, the capital of Burma. It is 1.5 meters high and weighs 900 kilograms. The statue looks beneficent but solemn, and it stands among more than 10   other jade statues of Bodhisattva and Maitreya.

Besides these superb halls, the temple is also adorned with galleries, pools, and springs, which are of high artistic value.