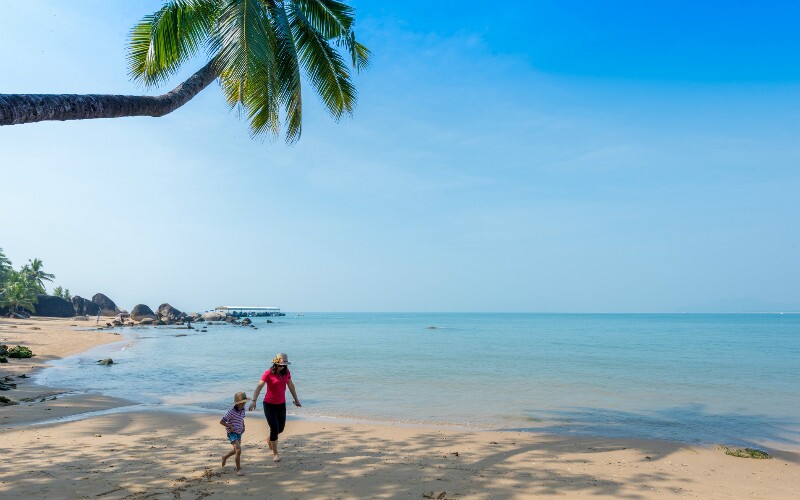 Hainan Travel Guide - How to Plan a Trip to Hainan

A tropical island with abundant charming scenery, Hainan Province is the southernmost province of China. It is the second largest of China's islands, second only to Taiwan.

Hainan has become a famous tourist destination, and Haikou City and Sanya City are favorite destinations for many tourists from around the world.  The classic scenery of Sanya is definitely the essence of a Hainan tour.

Hainan is easier to access than Chinese mainland for many nationalities. See our Hainan visa-free information.

In ancient China, Hainan Island was a savage land, and few people lived there. The government officials who did something wrong or displeased the emperor would be relegated to this island. It should be a thing of sadness to be relegated to this savage island, but when the unlucky officials went there, they came to realize that it was actually a blessing to settle there. For example, the most famous poet in the Song Dynasty (960-1279), Su Dongpo, was once relegated there, and this enchanting island really cast a spell over him. He left a lot of poems there, which highly praise the beauty of Hainan Island. He believed that it would be a happy thing to rest there after death, because the scenery there was the best he had ever seen.

Hainan Province has a population of over 7 million, among which Han nationality is the overwhelming majority, while the rest are from 37 ethnic minorities. The Li and Miao ethnic groups comprise a large proportion of the minority population. The rich traditional cultures of the ethnic minorities have been well preserved there, which diversify the culture of Hainan Province.

Date: the 7th day of the 7th Chinese month (in the period late July to late August, or a month later in a leap month year)

The 7th day of the 7th Chinese month is the day when the seventh fairy gets together with Dong Yong on the Magpie Bridge, according to the old tale. The seventh fairy in heaven fell in love with Dong Yong, but they were separated, and were only allowed to meet once a year on the 7th day of the 7th lunar month. Nowadays that day has become Chinese Valentine's Day. In Baoting County, where the ethnic minorities live, people splash water over their loves, expressing their affection through water. On that day, people splash and play with water, put on various performances in the square, display wedding performances of the Li and Miao people, exhibit costumes, sing folk songs in pairs, eat snacks with Li and Miao local flavor, have large-scale bamboo dances in formation, hold jamborees attended by tens of thousands of people, have colorful processions of vehicles dragged by cattle, and explore Qixian Ridge.

Date: the 15th day of the 8th Chinese month (China's Mid-Autumn Day, in the period early September to early October, or a month later in a leap month year)

A festive evening party is held in Tianya Haijiao (the end of the earth) Scenic Zone on Mid-Autumn Day with the slogan: "The bright full moon rises from the sea; let's cherish the present moment no matter where we are from." During the party, there are various kinds of activities: watching the moon and lanterns, folk song games, dancing performances, folk lantern exhibitions, eating moon cakes, and so on. At the sight of the moon rising, tens of thousands of lamps in Tianya Haijiao Scenic Zone are turned on at the same time, folk songs and dancing start, and colorful fireworks are set off to color the sky, making the whole Tianya Haijiao a world of light and songs.

Date: the 15th day of the 8th Chinese month (China's Mid-Autumn Day, in the period early September to early October, or a month later in a leap month year)

Besides Tianya Haijiao Joy Festival, there is also the Danzhou Folk Song Festival in Hainan during China's Mid-Autumn Day. The main activities of the Folk Song Festival are singing songs in the mountains, paired singing to a certain rhythm competitions and watching the moon.

First visit Bo'ao Asia Forum Site in Qionghai, then go to Yudai Beach, and you can take boat trip in Bo'ao, a drifting is also available in Wanquan River Tourism Zone, and then take a coach to get to Xionglong Huaqiao Farm, the largest farm in China operated by oversea Chinese. After that, you can take a tour to Xinglong Tropical Plantation. At night, you can enjoy a hot spring bath for free.

In the morning, take a coach from Xinglong to Sanya, the southernmost coastal city of China. On the way, visit the Li Ethnic Village. Then take a tour to Tianya Haijiao (end of the earth), a romantic place for lovers. At last, visit the Southern Heaven Pillar (Nan Tian Yi Zhu) Tourism Zone.

Features: One of the best places for a winter escape is Sanya Yalong Bay National Resort. Renowned as the "Oriental Hawaii", it has the most beautiful beaches in southern China. Relax in the beautiful sunshine, see the beach scenery and enjoy exciting water sports.

Golf industry is developing quickly in recent years in Hainan. From north to south, about 20 golf courses are located along the eastern coast of the island. Golfing has become a major attraction in Hainan besides the sun and the beach.

Measuring 7116 yards, the 18-hole international standard course is shaped like a dragon's claw. With a snaking river and 98 bunkers, surrounded by mountains and bordering the South China Sea, the course presents a picture of tranquility. It is a 40-minute drive from Sanya Phoenix International Airport.

Measuring 7875 yards, the JMP-designed championship course is only 25 minutes drive from Sanya Phoenix International Airport. Built on rolling hills and high ground, the course has verdant vegetations and terrains. The course faces a commanding view of Yalong Bay. Hole #4 once won the accolade of being one of the “18 most famous signature holes in China”.

Located along the west coast of Hainan Island, the golf course was the first in China designed by the Dye Design Group. It is only 10 minutes drive from Haikou city center or 30 minutes drive from Haikou Meilan International Airport. Facing the stunning view of South China Sea, the 72-par 7267-yard course is set amongst a natural and refreshing environment featuring traditional Chinese natural landscape.

The 27-hole 108-par 10252-yard golf course is adjacent to Crocodile Lake and just off the shore to the South China Sea. It is only 10 minutes drive from Haikou city center and 35 minutes drive from Haikou Meilan International Airport. The course is relatively flat, lined with tropical trees and traversed by water ways. The deep and out-stretching bunkers are one of the main features.

The 54-hole 21608 -yard course was designed by Robert MacFarland. It is located about 90 minutes drive from Haikou Meilan International Airport, or 60 minutes drive from Sanya Phoenix International Airport. Well tucked in a sumptuous tropical botanical garden with rugged terrains and hot springs, it is one of the largest golf resorts in Asia featuring golf, hot spring and tropical forests.

The 18-hole 72-par 7228-yard international standard links style course is situated near Bo'ao Scenic Zone against the natural beauty of seashore, mountains and palms. It is about one hour's drive from Haikou Meilan International Airport. The main feature of this course is the preservation of the original vegetation and landscape.