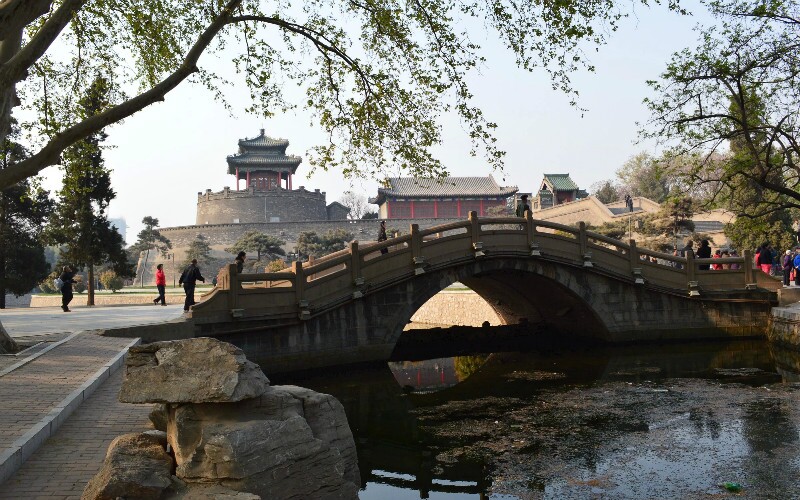 Handan Travel Guide - How to Plan a Trip to Handan 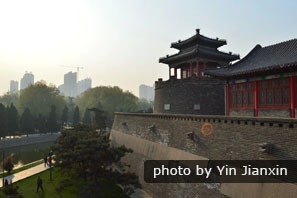 Handan is a medium-sized city located in the southern part of Hebei Province in China. It is 163 kilometers away from Shijiazhuang, the provincial capital of Hebei province. The city administration governs four districts, the city itself and 14 counties. The entire administered area is 12,000 square kilometers, and the main urban area is 457 square kilometers. The city has a total population of 8.9 million. In the past, it was the capital of the Zhou Kingdom. The city has a history of more than 2,500 years, and is considered one of China's historical and cultural cities. There are many archaeological sites and ancient places of interest.

Handan has had civilization for at least 7,000 years. The Cishan culture was a Neolithic culture centered primarily around southern Hebei. Common artifacts from the culture include stone grinders, stone sickles and tripod pottery.

5,000 years later, Handan was an important commercial and industrial city and the capital of the Zhao Kingdom during the Warring States Period.There were eight monarchs and 158 years of confrontation with other kingdoms. During the reign of Emperor Wuling of the Zhao Kingdom, Handan became one of the most prosperous cities in China.
Handan became one of the thirty six counties of the Qin Dynasty. During the Western Han Dynasty period, it was as famous as the cities of Luoyang, Linzi, Wan, and Chengdu, and it became one of the five biggest cities. At the end of the Eastern Han Dynasty, Handan began to degenerate because of wars. Yecheng City became the new capital in the area instead of Handan.

Yecheng City then was the capital of six successive dynasties in the area: the Cao Wei, the Later Zhao, the Ran Wei, the Former Yan, the Eastern Wei and the Northern Qi. This era of the six dynasties lasted for 126 years. This transference of the capital to Yecheng started when Cao Cao, a military leader, tried to reunite the area of the Han dynasty. He established a capital for the king of Wei, and named it Yecheng. Based in Yecheng, Cao Cao established an empire; one of the three empires of the Three Kingoms period. Then his son rebelled and took over the empire, and his capital was Yecheng.

After the fall of the West Jin Dynasty, the northern part of China became a battlefield for tribes. Handan diminished. After the Sui and Tang dynasties, Yecheng City was burned to ruins. Daming City became a big and important city to the east of Handan and became the provisional capital of the Song Dynaasty. In recent times, the city has become an industrial city. Nearby coal fields power the city’s industry. 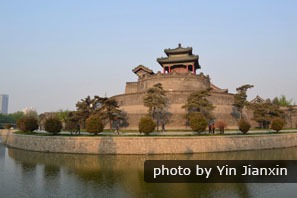 Handan was the capital city of the Zhao Kingdom that was one of the strongest states during the Warring States Period. Many renowned historical figures were born and brought up here such as the First Emperor of China, Qinshihuang ; Emperor Wuling of the Zhao Dynasty about who it was said "He Practices Horse Riding and Arrow Shooting in Hu's Garbs," and Lian Po and Lin Xiangru who figure in the story "The General and the Premier Make Up".

Handan has many places for you to tour and enjoy, including as many as 400 cultural heritage sites and 100 important attractions. You can visit Wuling Cong Tai Terrace, the Golden Millet Dream, Lu Xian Ancestral Hall, Toddler Bridge，Xiangtangshan Grottoes，Zhao Wang City，and Huche Lane.

The Beijing-Shenzhen expressway runs through the city, and it only takes 5 hours to go by vehicle from Handan to Beijing. You can go to Shijiazhuang and Anyang on this highway. Highways 107 and 309 intersect at the city.

Handan Railway Station is located in the city center and the west end of Heping Road.
Travelers can take No.11, 13, 14, 15, 26 and 31 buses to get there. Beijing-Guangzhou railway runs through the north and south. There are also several trains to Beijing West Railway Station every day.

Handan is located at the eastern foot of Taihang Mountain. The city has modest rainfall and four distinct seasons. It is very hot and rainy in the summer, and it has a wet and windy spring. The yearly temperature is around 13.5 °C. The average temperature is -2.3 °C in the coldest month that is January and 26.9 °C in the hottest month in the summer. The extreme temperatures on record are -19 °C for the coldest and 42.5 °C for the hottest. The region enjoys 200 frost-free days and 2557 hours of sunlight a year.