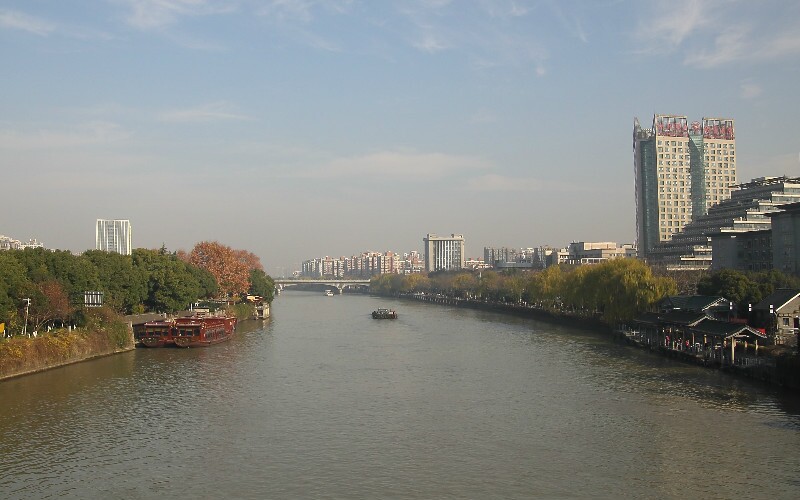 China's legendary man-made waterway, the Grand Canal, runs from Beijing in the north to Hangzhou in the south stretching 1,747 kilometers. At 10 times the length of the Suez Canal and 20 times that of the Panama Canal, it is another wonder made by the ancient Chinese.

Interconnecting five rivers, the Haihe, Yellow River, Huaihe River, Yangtze River and the Qaintang River, the canal served as a significant means of transportation for centuries. It facilitated the transport of food and goods from the south to the north and boosted commercial development in the country. The section from Suzhou to Hangzhou is still in active use today, with vendors rowing their boats directly to households and shops in local townships.