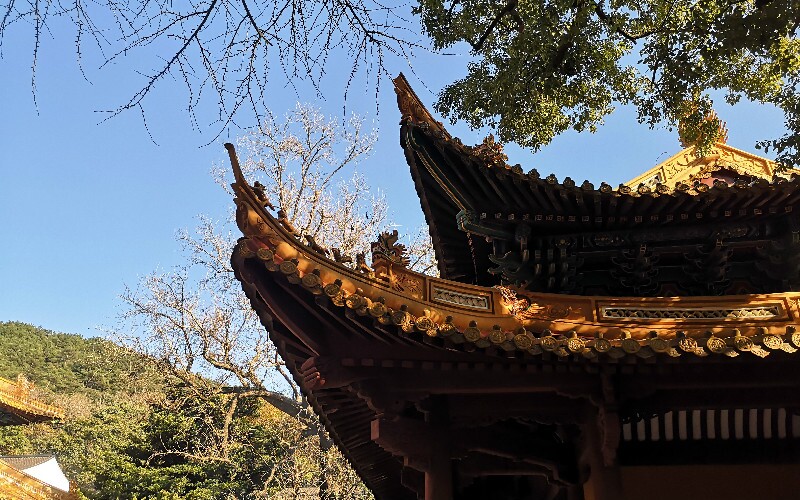 The temple, once called Tiefo Temple, was originally built about 502-557 A.D. So it is about 1500 years old, and it was destroyed and restored many times because of the constant wars as the dynasties came and went. The current main building of the temple was built during the reign of Emperor Guangxiu of the Qing Dynasty.

Mingjiao Temple is more than 5 meters high, and it covers an area of 4000 square meters. The temple base is so steep that it seems like a castle. During the Eastern Han Dynasty about 1,700 years ago, Cao Cao who was a general and main official of the Eastern Han Dynasty got on the platform on which the temple was later built to direct his troops on how to block the navy of the East Wu Kingdom. He commanded crossbowmen to fire at the enemy from the platform.

The steps lead to the the first hall, the Heavenly King Hall. An eastern room called the "Showroom of the Heritage of the Three Kingdoms" displays flags of the three kingdoms' armies and all kinds of ancient weapons and crossbows.

Between the Front Hall and the Main Hall is an elegant courtyard that has cypress trees and incense smoke curling around from old, large incense burners. Inside the Main Hall are five statues of Buddha, the great treasures of Mingjiao Temple that were all tranported from Beijing. There are 18 statues of Buddhism Lohan on both sides of the hall, and each has a distinctive shape. At the left side of the hall is a bell made in the reign of Emperor Daoguang of the Qing Dynasty. The bell when struck gives a melodious sound that spreads far over the old city. It is one of the few remaining historical relics. To the east of the Main Hall is the Hall of the Lying Buddha. The Temple Garden is in the southeast corner. There is another hall called the Dizhang Hall.

In the Garden, there are two old things: the Ancient Well and the Tingsong Pavilion.. The well was renovated in the Jin Dynasty. There is a sentence: "Tai Shi Si Nian Dian Zhong Si Ma Xia Hou Shen Zao". This may be evidence that the ancient well is 2,250 years old.

The area was once a mound on which Cao Cao the general once stood and commanded his army according to legends. There is a tablet with the words: "Jiao Nu Song Yin." The pavilion is known as one of the top eight ancient highlights in the Luyang City area.

Location: Mingjiao Temple is located on the ancient Jiaonu Terrace. It is in the southern part of Xiaoyaojin Park in the Hefei old urban area.

Special Distinction: It is one of the top three historical sites in Hefei. 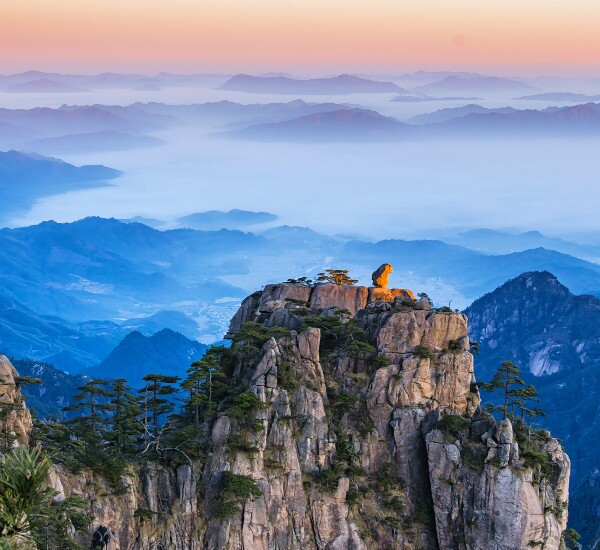