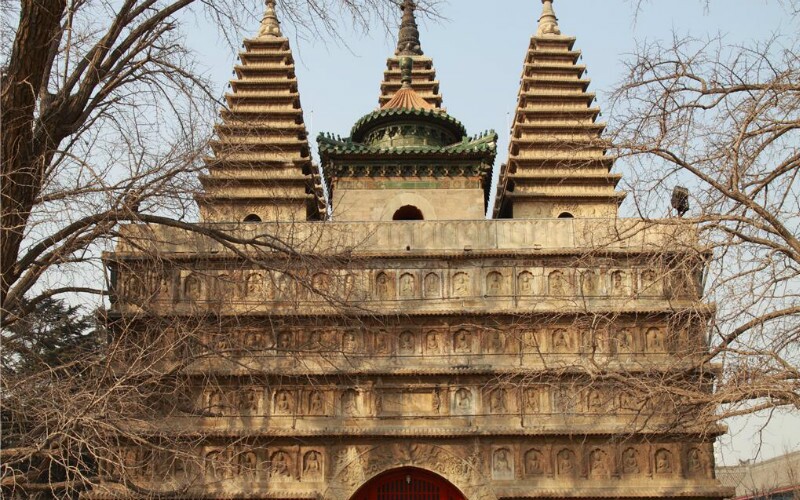 Five-Pagoda Temple, also called Jingangzuo Dagoba, used to be one building of the Cideng Temple. Cideng Temple had been ruined and only the five-pagoda remains and got its present name. Built of stone and bricks, the temple is 13 meters high and is composed of three parts: the base, the seat and the top (five pagodas). In the lower seat there are exquisite inscriptions of Diamond Sutra written in Mongolian, Tibetan and Sanskrit. The upper part of the base is a niche for a statue of Buddha and four Devarajas.

Five pagodas standing side by side on the seat, the central one has seven stories while the rest on the four corners are all five-story high. In the first floor of these pagodas, there are brick carvings of Buddha, Bodhisattva, Bodhi trees and so on. While in the floors above there are a great number of niches for statues of Buddha in different shapes totaling 1563. In addition, an astronomical chart and two Buddhism pictures are carved delicately onto a wall behind the pagodas, which are valuable cultural relics.