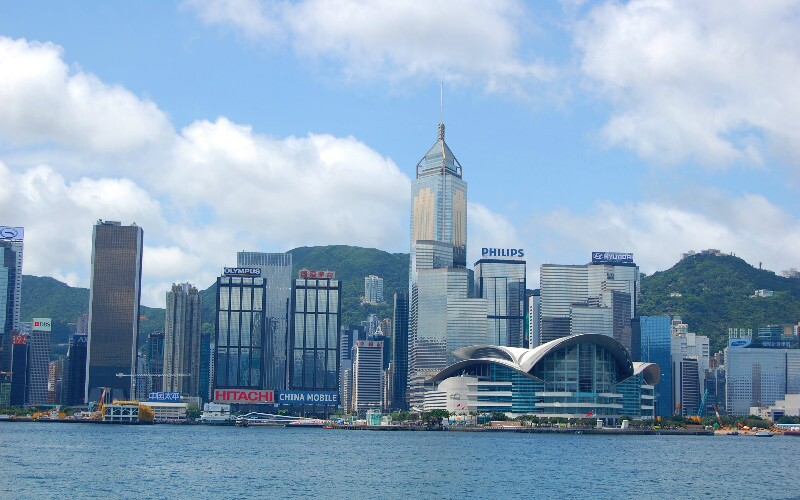 In a world growing smaller with companies and organizations merging and internationalizing, there is greater need for large and modern meeting facilities where people can meet comfortably and communicate easily. Now that China is the world's leading exporting country and Hong Kong itself is the world's 11th biggest exporter, the exhibition and conference center has become the most popular venue for regional trade and business fairs in China where business people buy and sell their products and talk about investment. These are state-of-the-art modern facilities in the middle of the fastest growing economic region, and people attending the conferences or exhibitions benefit from the transportation infrastructure, cultural facilities, hotels and resorts that are among the best in the world.

Part of the reason Hong Kong is a business hotspot is that doing business in Hong Kong is comparatively easy. Under the British government, Hong Kong developed a tradition of laissez faire business. It is said to have the freest economy in the world for business because there is little regulation, people from all over the world can come to set up businesses comparatively freely, and taxes are low compared to the world's developed economies. The price of labor, transportation, and land is lower. Though the infrastructure and facilities are world-class, the cost of using them is comparatively lower.

Hong Kong is considered the main doorway for China's economy, and the Hong Kong Convention and Exhibition Center might be considered the keyhole. People around the world who are attracted to business in China's rapidly growing and modernizing economy often first go to the convention center. Chinese business people and government leaders use it as a base for export activity and for attracting buyers and investors. This might be why the Chinese government conducted the official hand-over ceremonies at the building in 1997, recognizing the building's key role in China's economy.

The official hand-over ceremonies are commemorated by the Bauhinia Square that is a small plaza in front of the building. A golden statue of a bauhinia flower that is six meters tall was set up by the Chinese government. The bauhinia flower is Hong Kong's state flower. The plaza is a good place to see the view of the bay and to watch the Symphony of Lights that is a sound and light display that lights up the tall buildings around the bay in the evenings when the weather is good.

The economies in the Asian-Pacific region and south Asia are the fastest growing in the world, and Hong Kong's central location between East Asia and South Asia, one of the world's best airports, one of the world's best transportation infrastructures, excellent scenery, good museums and cultural facilities and a clean environment help to keep the Hong Kong Convention and Exhibition Centre the best in Asia.

The building is historic because the exhibitions and trade shows in its large and modern facilities helped to make Hong Kong a world business and financial center. To keep it as one of the world's leading convention sites, it was refurbished and expanded in 1997 and 2009. Since it was opened, there have been about 40,000 events held there. This is an average of about 5 events per day, and the total attendance has been about 60 million people. Now about 5 million people attend meetings at the complex each year. These include company representatives and government and business leaders from all over the world.

The hosting of conference and exhibition events directly contributes about 2 percent of Hong Kong's GDP. HKCEC plays the key role in this. A new convention and exhibition facility called Asiaworld Expo was opened near the Hong Kong International Airport in 2005. It is competition for HKCEC, but also allows Hong Kong to host bigger conventions because now there are two world-class facilities close together in the territory that can be used to jointly host very large events.

The convention center is well situated for people who want to make quick excursions outside while attending conferences or trade shows. The nearby Central Plaza is one of the top 20 tallest buildings in the world. On the top of it is a church that is the tallest in the world and meets on Sunday mornings. The view from the church is wonderful.

Central District is the government district and the most important business district, and it is just a two kilometer walk to the west of the facility along the shore. Central District is interesting architecturally because there are ultra-modern buildings near Victorian-era colonial buildings and old Chinese architecture – all within walking distance of each other. You can see the old British architecture at Hong Kong Park and at St Paul's Cathedral that is quite beautiful. There are also two skyscrapers in the world's top 20 called the Two International Finance Center and the Bank of China Tower. There are unusually good free public parks and zoos at Hong Kong Park and Hong Kong Zoological and Botanical Gardens; and the natural, scenic, and shopping attraction of Victoria Peak is about 4 kilometers away from the convention center.