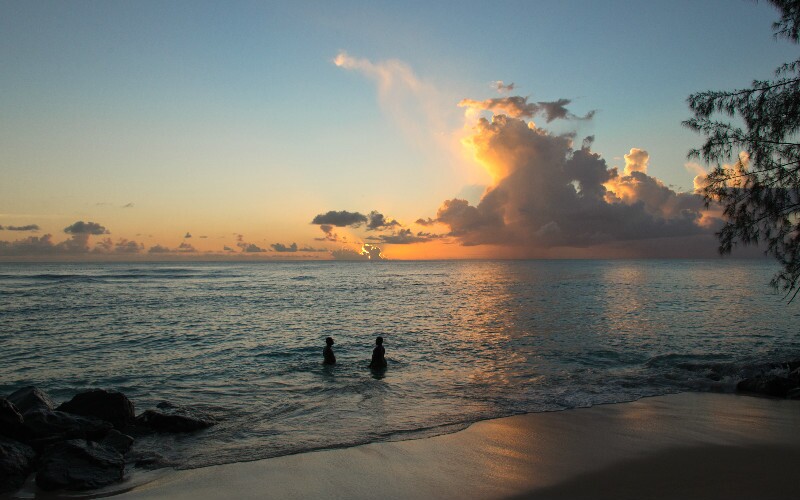 Discovery Bay is a residential area popular among foreigners. Expats wanting to live among fellow expats, have quick access to the city, and yet live in a quiet and natural area find a haven in Discovery Bay. It has became an expat enclave with a large community of people from English-speaking countries and facilities such as English language schools and private clubs. Residents get the additional perk of quick access to the Hong Kong International Airport and Lantau Island's abundant natural and recreational resources that include big uncrowded beaches, lots of hiking trails and Hong Kong Disneyland that is located nearby. Tourists and locals can go to the 300 meter-long beach, but most of the recreational facilities in the town are private. So, though perhaps tourists might enjoy a meal and the beach, Discovery Bay isn't really a tourist attraction, but it's a residential area popular among foreigners.

While companies in the advanced countries are laying workers off, employment for English-speaking foreigners is holding steady in Hong Kong. But professionals usually want the style of living they had back in their native countries. They also want English-language schools for their kids and recreation facilities. The draw of Discovery Bay for expats is new and modern Western-style housing in a quiet and natural setting with a lot of native English-speaking people.

People who like outdoor activities can enjoy themselves on Lantau Island that has become a big recreational area for the region. Visitors to the territory are surprised to see how large and sparely inhabited Lantau Island is. It has some of East Asia's best empty, large and clean beaches, good hiking areas, and some of Asia's best transportation facilities. Nearby Hong Kong Disneyland is one of Asia's best amusement resorts.

Discovery Bay is a relatively new residential development that was privately built. The first buildings opened in 1982. The whole town only measures about 2 kilometers long by about half a kilometer wide. Though the town is called Discovery Bay, there are actually three bays and a marina that are a part of the development. The bays are called Tai Pak Bay, Nim Shue Bay, and Yi Pak Bay. Tai Pak Bay has a 300 meter-long sandy beach. The marina has a lot of yachts, and some people actually live on the yachts instead of on land. There are several English language schools up to grade 9.

The little residential district is on Lantau Island. It is only about 15 kilometers or about 9.3 miles almost straight west of Central District on Hong Kong Island.

How to Go There

the choices are boats, trains, buses and planes. No cars or taxis.

The commonest way to travel is by ferry. A 24-hour ferry service connects Pier 3 in Central and Discovery Bay. Transportation time is 25 minutes plus about 10 minutes for walking on the pier. The ticket price is about 31 HKD or about 4 USD. There is a late-night surcharge of about 13 HKD.

Hong Kong International Airport (HKG) is the 13th busiest in the world. There are buses that connect Discovery Bay to the airport. The journey takes 20 or 30 minutes.

There is a lot of rain in the summer. Hong Kong is still fairly warm and is drier in October and November. For swimming, summer is best.

Discovery Bay is a "non-automobile" area. Cars and taxis are not allowed in. It keeps the area quiet for the enjoyment of the residents.

There are plenty of good hiking trails around and a very big natural park called Lantau North Country Park that is just to the west. There is a well-known Catholic monastery called Trappist Haven nearby. It is directly south of Discovery Bay. It is only about a kilometer away from the golf course. It is about midway on a hiking trail that goes from Discovery Bay via Nim Shue Wan to Mui Wo. It might be an interesting place to stop and get some drinks and snacks. It is well known in Hong Kong because it produces a popular brand of milk for Hong Kong. The dairy farm isn't located there though.