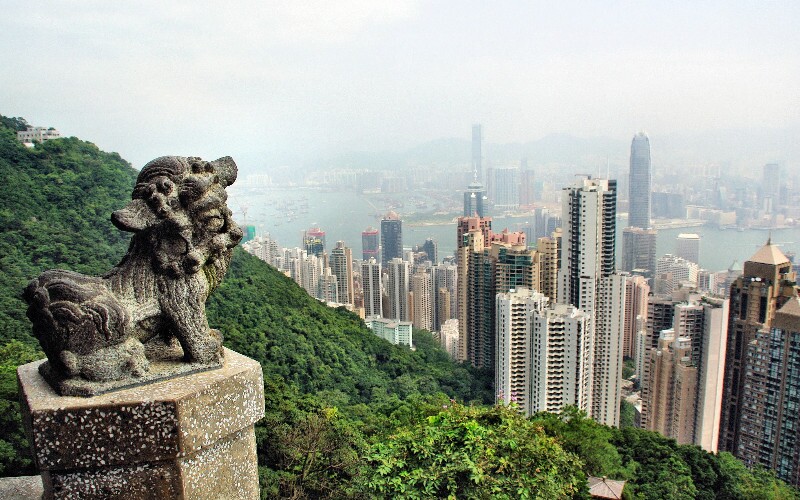 It is pretty amazing that a relatively infertile and poor small territory on the outskirts of China became one of the world’s main trade and financial centers. It is an interesting story that will help you understand what Hong Kong is about and what it future might be. Here is a historical survey covering all of Hong Kong’s history from prehistoric times to the present.

There is evidence that people lived in Hong Kong about 20,000 years ago. Lots of stone tools and other objects have been found.

On tiny Ma Wan Island next to Lantau Island, a Neolithic burial site was found. It dates to the latter part of the Neolithic era.  The skeletons date to about 3,000 BC. Pottery was found also.

At first, the region was populated by various tribes called the Yue people. They were outside the control of any large regional empire, but Qin Dynasty troops entered Guangdong shortly after the beginning of the empire in 221 BC.

The Qin Empire quickly collapsed, and a local general formed what is called the Nanyue Kingdom around the year 210 BC. This regional kingdom lasted until 111 BC when the Han Empire conquered it.

The Han Dynasty lasted about four hundred years. A tomb was constructed in what is now the Lei Cheng Uk Village. This tomb was made into a museum where you can go to see some artifacts, exhibits and videos about the tomb and the Han era.

In the Tang Dynasty era, the area was known for salt production and pearls.

At the end of the Song Dynasty, the last of the Song court fled the Mongols and moved to the Hong Kong area. The last Song emperor lived in Mui Wo on Lantau Island and later in Kowloon.

The Mongols established the Yuan Empire. During that period, refugees from the north entered the area. Some clans built walled villages.

The last dynasty to rule in the area was the Qing Dynasty. The area was home to a few thousand fishermen and farmers. The British found that Victoria Bay was a good sheltered anchorage for ships.

The British flag was raised on Hong Kong Island in 1841. The population of Hong Kong island was about 7,450. They were mostly fishermen living in coastal villages.

In the 1850s, the Taiping Rebellion and disasters in the north caused much destruction, and tens of thousands of people fled to Hong Kong Island. In 1865, Hong Kong including Kowloon had a population of 125,504 including 2,000 Americans and Europeans.

In 1860, after the Qing defeat in the Second Opium War, the Kowloon Peninsula was ceded to Britain. In 1898, Britain obtained a 99-year lease of Lantau Island and northern lands called the New Territories.

The economy was based on commerce and the British military base. The port became a regional trading and financial center.

By the end of the Qing Empire, many educated Chinese wanted the Qing Dynasty to be overthrown. Sun Yat-sen was one of the first graduates of a Christian medical college. He along with fellow medical students started an organization to overthrow the empire.

This group became very influential. He became the first leader of the Republic of China government, and then he stepped down.

After 1949, hundreds of thousands of people fled to Hong Kong from China. Many of the people were educated, skilled, or had some capital. An industrial boom made Hong Kong one of the four “Asian Tigers” economies.

However, unlike the other newly industrialized economies (NICs) in East Asia, under British rule the colony developed what is known as a laissez-faire economy where most people worked in small private firms and the government did little to promote or regulate industry. Taxation was very low.

In the 1980s, the Chinese government allowed foreigners to trade and invest in China. Local capitalists and business people focused on investment in China and especially in Cantonese-speaking Guangdong Province.

It is estimated that by 1997, 80 percent of foreign investment in Guangdong Province was from Hong Kong. The manufacturing was transferred to China, and Hong Kong became a financial services and trade center for China and the rest of the world.

China gained control of the territory in 1997. People feared living under a Communist government. It is estimated that about a million people left the colony before 1997.

However, the economy and population continued to grow during the last decade. The rate of growth of the GDP didn’t slow much after the transition. During the world economic crisis that started in 2008, Hong Kong’s economy kept growing quickly.

It is now considered to be the world’s leading financial center ahead of Tokyo, London, and New York. Hong Kong benefits as a free-trade port for China and from Chinese tourism.

A recent demographic change has been the increase of immigration from China, South Asia, and other countries in the last five years.

Hong Kong has several interesting museums where you can learn more about Hong Kong’s history.

The Hong Kong History Museum is a good place to go for learning about Hong Kong’s history from prehistoric times to today.

The Hong Kong Police Museum has information about the history of Hong Kong’s police and the British colonial government.

The Sam Tung UK Museum was a former Hakka village. Learn what life was like in the 19th century.

Get your china visa in Hong Kong