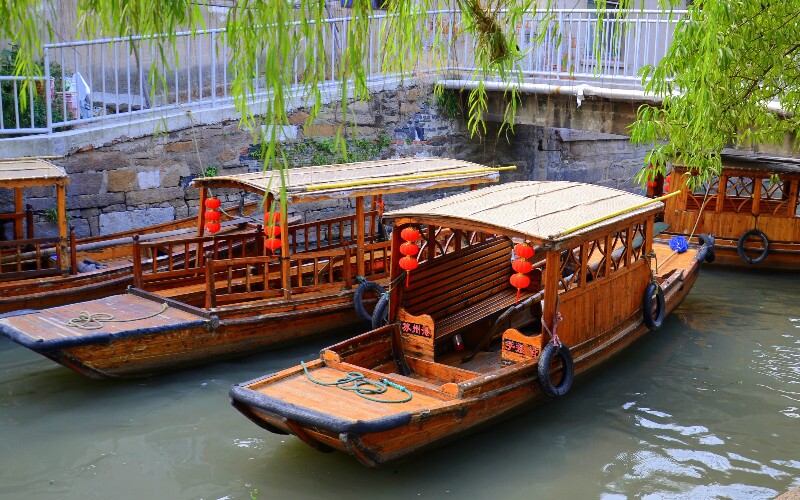 Located in the flourishing and energetic region of Yangtze River Delta, Jiangsu Province has developed a comprehensive transportation network of air, rail, highway and waterway, which extends to all parts of the province as well as the country.

There are nine civil airports throughout the province, respectively located in cities of Nanjing, Wuxi, Suzhou, Changzhou, Nantong, Yancheng, Xuzhou, Lianyungang and Rugao. Every day there are flights to major cities within the country, such as Beijing, Shanghai, Xi’an, Guilin, Chengdu and Guangzhou.

Nanjing Lukou Airport is an international one, besides its many domestic flights, it also has flights to and from cities including Hong Kong, Macau and Seoul.

Highways in Jiangsu cover all the cities of the province. As for expressways, the most important ones include Huning Expressway (Shanghai-Nanjing), Nanjing-Lianyungang Expressway and Lianyungang-Nantong Expressway. There are abundant bus services to nearby cities and beyond. Every day, there are plenty of buses that depart from major cities like Nanjing, Suzhou, and Wuxi, heading for Shanghai, Hangzhou, Zhouzhuang, and Tongli.

Jiangsu Province boasts a waterway network of lakes, rivers and canals. The most famous water bodies include the Yangtze River, the Grand Canal, as well as about 300 lakes, among which Taihu Lake and Hongze Lake are the most known. There are several beautiful water towns around Suzhou, such as Zhouzhuang and Tongli.

Most of the major cities of Jiangsu have harbors and ports. A short river tour on the lake or canal provides a relaxing experience while enjoying the scenery. There are regular ships from Suzhou and Wuxi to Hangzhou that depart at sunset and arrive at sunrise. In addition, along the Yangtze River, Nanjing sometimes has yachts to Chongqing.