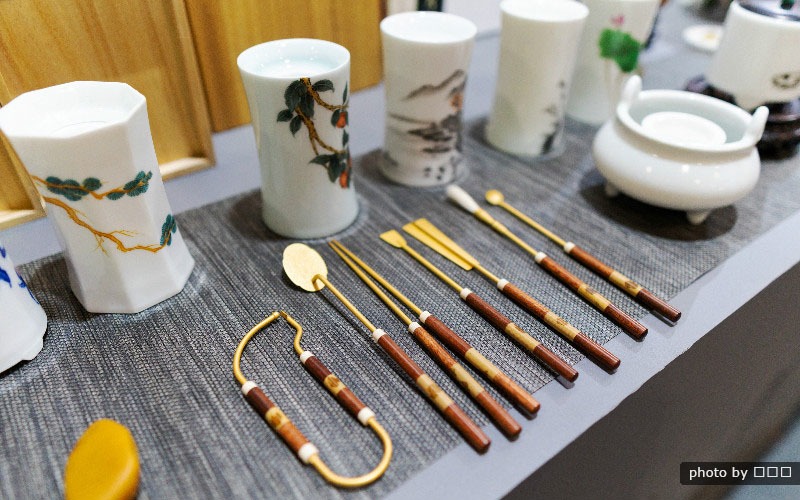 Lushan cloud and mist tea can be traced back to the Han Dynasty (202 BC–220 AD). In ancient times this tea was called something like "forest fragrance tea"(闻林茶). During the Song dynasty (960–1279) it became "tribute tea". Lushan cloud and mist tea was ranked as one of the most famous Chinese teas since Ming dynasty (1368–1644). According to local record in the Ming Dynasty, it was initially collected and planted by monks on Mount Lu, which is often shrouded in heavy fog. The blindingly foggy conditions of this mysterious mountain creat a natural shade growing of the tea. And till today most of the tea is wild and harvested by the local mountaineers. Competing for sunlight constantly, the leaves contain a high concentration of chlorophyll and nutrients. Its content of alkaloid and Vitamin C is higher than that of common green tea.

Chinese people have produced porcelain for a very long time. To some extent, the world became acquainted with China through its chinaware and porcelain, which were often used as a yardstick in evaluating Chinese civilization. For over 2,000 years, Jingdezhen was known as "the porcelain capital" of the world. The porcelains produced in Jingdezhen were the main force among the goods exported through the Maritime Silk Road. For centuries, the city was considered as China's most important center for porcelain production. Ceramics were produced there as far back as the Han Dynasty (206 BC-220 AD). The imperial porcelains were so exquisite that they were described as being "as white as jade, as bright as a mirror, as thin as paper, with a sound as clear as a bell".

The famous Jiangxi traditional fans have many varieties, such as black and white paper fans, sandalwood fans, oiled paper fans, and silk fans. All fan ribs are made of local bamboos, which are cut and sharpened thin and equally long chips, and at the same time are engraved with beautiful decorative designs. The fans feature rain-proof, sun-proof and endurance. 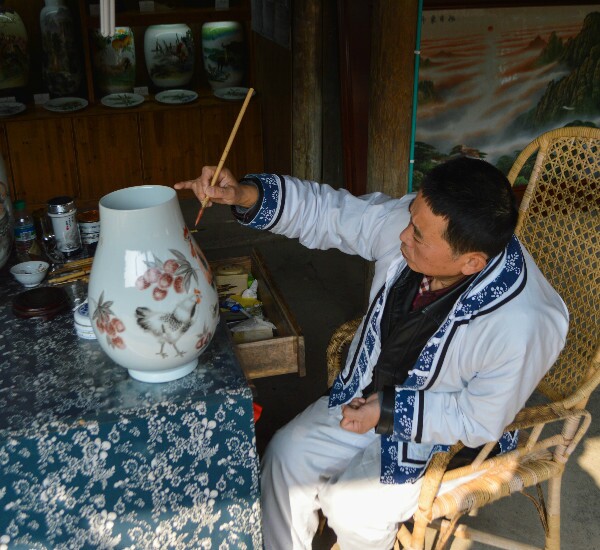