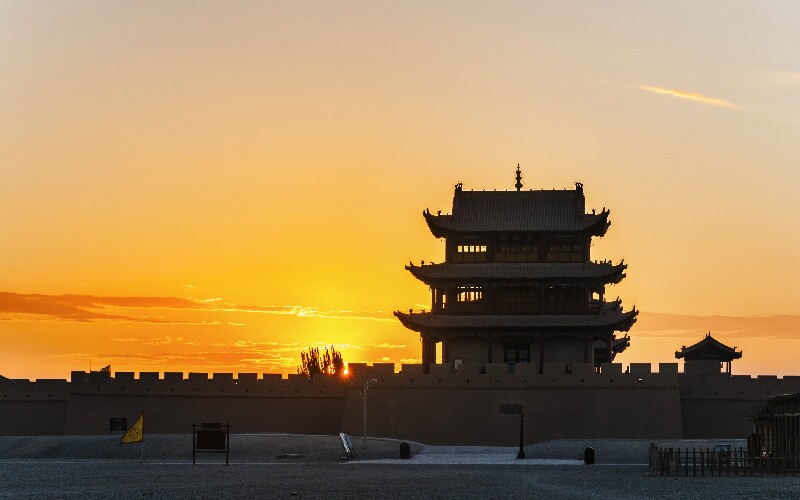 The 9 Jiayuguan attractions listed here show why Jiayu Pass is one of the must-visit stops on the Silk Road. Jiayuguan boasts the western-most end of the Great Wall, the most westerly fort on the wall, a visually impressive 45° section called the Great Wall on the Cliff, and a Great Wall museum.

With short trips outside the city you can see a glacier, 1,600+-year-old tombs, virgin mountain forest, the world’s third largest gliding base, and the rock carvings of primitive nomads.

Known as "the First and Greatest Pass under Heaven" and one of the main passes of the Great Wall along with Juyongguan Pass and Shanhaiguan Pass, Jiayuguan Pass is the first pass at the most western e..

The Fresco Tombs of Wei and Jin Dynasty

Known as an underground gallery in China, the 13-square-kilometer (5-square-mile)Fresco Tombs of the Wei and the Jin dynasties is home to over 1,000 ancient tombs. Eighteen tombs were excavated from 1972 t..

As the first theme museum dedicating itself to exhibiting the Great Wall culture comprehensively and systematically in China, the Jiayuguan Great Wall Museum fully introduces the vicissitudes of the Great ..

As the oldest way of drawing, stone carvings reflected the ancient people's initial impression of the world around them.The Heishan Stone Carvings are scattered on the cliffs along Heishan Valley, 20 kilom..

Jiayuguan Gliding Base is the ideal place to visit to enjoy a wide variety of flying or gliding activities. It’s an ideal place for these activities because of the vast amount of space, high visibility, ..