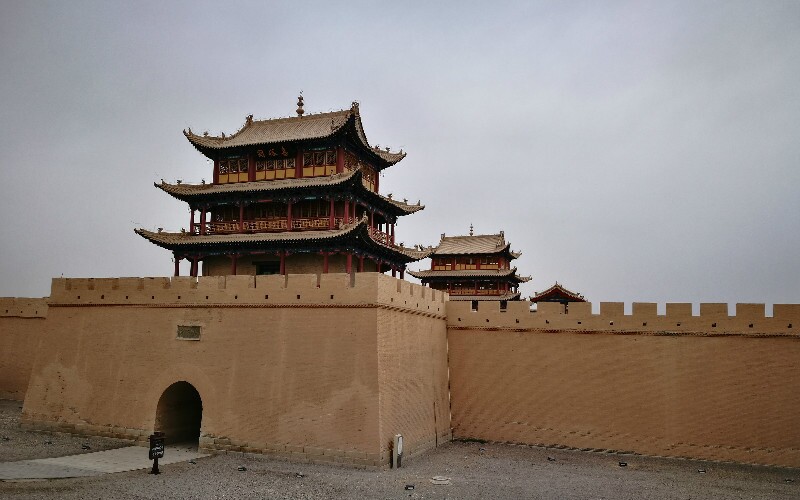 As the oldest way of drawing, stone carvings reflected the ancient people's initial impression of the world around them.The Heishan Stone Carvings are scattered on the cliffs along Heishan Valley, 20 kilometers (12 miles) north-west of Jiayuguan City. The Heishan Stone Carvings, with 153 pieces in total, were carved during the Warring States period (475 BC-221 BC) of the Ming Dynasty (1368-1644), and stretch for over one kilometer.

Highlights of the Heishan Stone Carvings

The shallow carvings on the darkpurple stones look rough and clumsy, and they show the ancient people's activities like hunting, dancing and arrow-shooting. The Heishan Stone Carvings were included in the Gansu Provincial Relic's Protection List on September 10th, 1981.

Categories of the Heishan Stone Carvings

The Heishan Stone Carvings can be divided into two categories: carvings of animals and carvings ofhuman beings.The carvings of animals include horses, cows, goats, chickens, dogs, fish, deer, tigers, wolves, turtles, eagles, wild geese and camels. The carvings of human beings show various gestures, and their hair is decorated with spiky headwear. These stone carvings reflect the living scenes of nomadic people, some of whom are wearing robes and hats with feathers, and the most impressive scenes are those that show the people dancing. People are dancing in rows, or in circles with herds inside. You can even feel the musical rhythm of the dances. All these carvings show us the ancient herdsmen's strong desire for the spiritual aspect of living. As is testified, these carvings are the remains of the ancient Qiang people. They provide valuable information for the study of the history of the Qiang people.

Various kinds of scenes are depicted in the stone carvings, including dancing, hunting, shooting, horse-riding, camel-riding, militarytraining, and tigerschasing cows and sheep. However, there are no scenes of farming, and no weapons of swords and spears can be found in these pictures.There are also four lamaseries in the stone carvings, with a Buddha standing in the pagoda. The highlight of the stone carvings is “the Practicing Traditional Martial Arts Scene”, in which thirty people are practicing martial arts and some are fighting, some are commanding and some are supervising.