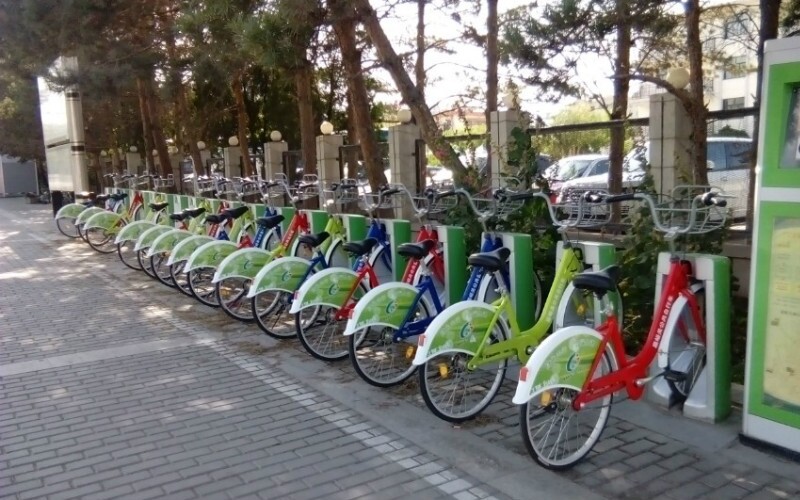 It is very convenient to get to the city and leave it. The transportation networks of airlines, railway, and highways have been established.

Jiayuguan Airport is located in the city's northeast, 12 km from the city. Airlines to Dunhuang City, Lanzhou City, Urumchi City and Xi'an City are available.

The Lanzhou to Xinjiang Railway and the Gansu to Xinjiang Railway cross the city. The Jiayuguan Railway Station is an important one in the Lanzhou to Xinjiang Railway. It is at the Yingbing Road, about 5 km from the downtown area of the city. There are nine passenger trains passing through the city, which can carry you to Urumuchi city, Lanzhou city, Beijing city, Shanghai city, Zhengzhou city, Chengdu city and Xi'an city. Besides these cities in China, the trains, going through the Europe-Asia Continental Bridge and passing the Alashan Pass in Xinjiang, can take you further, to Russia and other northern European countries. The daily train to Lanzhou City is very convenient, starting off in the evening and arriving at Lanzhou in the morning.

The city area is not large and there are only 3 bus lines. All the buses run from the railway station to the Northern Long-distance Bus Station. The bus fare is one Yuan no matter where you get off. The buses are marked with A, B or C.

Tips: It's a common thing for the local people to smoke on a bus and visitors have to bear it. What's more, the bus drivers may delay going until the buses are full of passengers.

The scenic spots are close to the city area. Presently there is no bus which goes to the scenic spots. For tourists, they need to take taxi to these places. There are several hundreds of taxies and you can easily find one at a hotel, a restaurant, or a store.

The 312 National Highway, linking Lanzhou in the east and Urumchi in the west, goes across the district of Jiayuguan City. The road is wide with even road surface. The total distance of highways within the district is 452km. There are highways extending northwards to the port to Mongol and southwards to Gulmud City in Qinghai Province. To Jiuquan City, it takes only half an hour by bus; and to Dunhuang City, it takes six hours and a half.