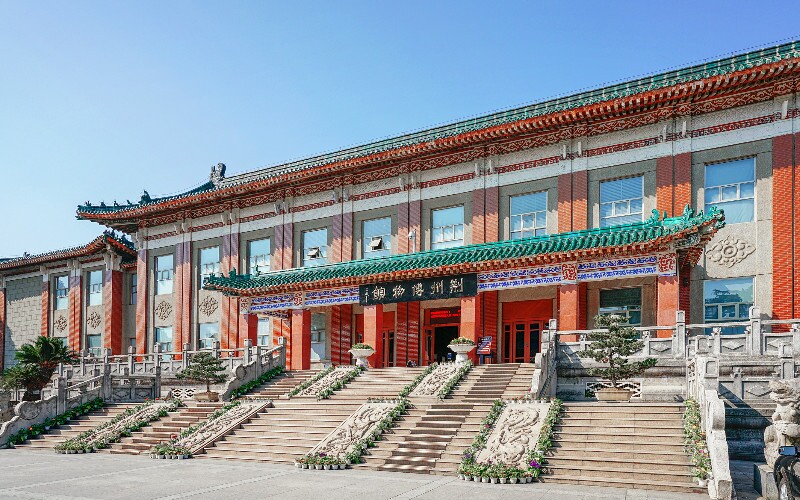 Jingzhou Museum is a comprehensive municipal museum that covers an area of 48,000 square meters. The museum was chosen to be among the top ten city museums. This doesn't mean it is one of China's top museums, because there are national and provincial museums better than them. Jingzhou Museum has more than 120,000 articles. Among these are various sorts of precious prehistoric jade ornaments and unique and rare silk articles of the Warring States Period.

The Jingzhou Museum also has ancient weapons and lacquer ware, an ancient math book, the Jian Du of "Precepts of Two Years"of the early Han Dynasty, and a well preserved male corpse of the West Han Dynasty. These rare treasures attract a large number of Chinese and foreign tourists and have become an introduction to the tourists sites in the area.

Relics on display are divided into two exhibition zones, the front hall and the back hall.
The front hall exhibition has a display of representative artifacts from various eras. The hall instructs on the history of the development of civilization in Jingzhou from the Paleolithic era to the Qin and Han dynasties. Two thematic exhibitions have been set up. One of these was named as the Top Ten Antiques Exhibition in China in 1999.

The back hall has three exhibitions of unearthed treasures. One is called "Han Tomb No. 168 of Jingzhou Phoenix Hill."It displays the male body, the coffin, and the buried possessions of the West Han Dynasty. These were excavated by the Jingzhou Museum in Jinan, the former ancient capital city of the Chu, in 1975.

According to written records unearthed from the tomb, the deceased man was named "Sui". He held the governmental post as "Wu Da Fu", and he was buried in the thirteen year of Emperor Han Wen Di (167 BC). This was before the female body unearthed from Changsha Mawangdui Han Tomb. The male body has been buried in the ground for 2,000 years with unusually little decay.

Researchers think that the preservation was caused by the deeply buried and well sealed tomb that kept out the air and water and a stable temperature. The coffin had fluid, 100,000 milliliters of mercury, that had an anti-bactericidal effect.

The coffin holding the male body is also well preserved. The large outer coffin room show the noble status of the owner. The buried possessions on display have two "best in the world"relics which are a hemp skirt and hemp shoes. They are of distinctive design, and these shoes and shirts are among the best preserved articles of their kind and age in the world. They are priceless national treasures.

Jingzhou Museum is ranked a "4A" museum by the national government. It is considered an important municipal museum. The museum houses over 120,000 pieces of cultural relics. About 300 things are considered among the most important in China, including the Corpse of the Western Han Dynasty.

jingzhou Jingzhou Travel Guide - How to Plan a Trip to Jingzhou