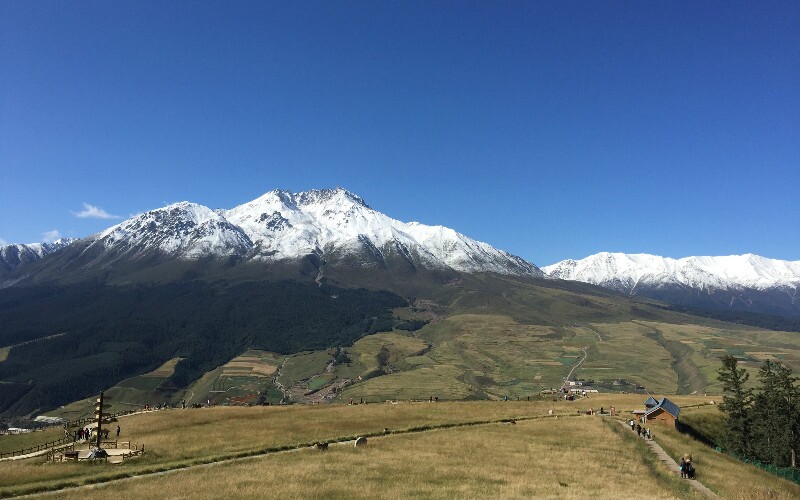 Jiuquan Travel Guide - How to Plan a Trip to Jiuquan

Jiuquan is located in the northwest of Gansu Province, bordering Qilian Mountain Ranges in the south, facing Inner Mongolia to the north, bordering Lanzhou, capital city of Gansu Province in the east and contiguous to Jiayuaguan Pass, the west end of the Great Wall in the west. Jiuquan City is over 700 kilometers away from Lanzhou, and 23 kilometers away from Jiayuguan.

Jiuquan's land drops off from the northwest to the northeast. The east part of the region is covered with mountains ranging from 3000 to 5000 meters above sea level, with the Qilian Mountain Range the most well-known. In the east, there are endless desert.

Jiuquan's prominent role in the history has resulted in a lot of historical relics in the area. In and around Jiuquan, visitors will find Yulin Grottoes, Guazhou ruins, Yangguan Pass, Yumen Pass and the sections of well-preserved West Han great walls and many Buddhist temples.

Jiuquan's prominent role in Chinese history can trace back to the West Han Dynasty over 2000 years ago.

Jiuquan was under the control of the Xongnu Nomadic Tribe for hundreds of years until the West Han Dynasty when it was took over by the West Han government. During the West Han Dynasty under emperor Liuche's reign, the country was very prosperous and powerful, the emperor decided it's time to drive away the Xiongnu Tribe and take over today's Jiuquan Region. The bravest generals were dispatched to the battles, which included Huoqubin, the most famed general in West Han Dynasty and one of the most intelligent generals in Chinese history.

The West Han's army won in battles with the Xiongnu Tribes who they were driven westwards to today's central Asia. West Han government's success in controling Jiuquan is significant in Chinese trade history, if not in the world's trade history; a internationally famous trade route, the Silk Road was since then began. The trade road started from Luoyang in central China and extended to central Asia. It is the oldest trade road in the world.

Jiuquan was an important outpost on the Silk Road and hence it was concerned by generations of ancient emperors. Since the West Han government set up Jiuquan County here, Jiuquan was one of the political and business centers in the west region, toady's Gansu, Ningxia and Xinjiang provinces.

Today, Jiuquan has one of China's satellite setting-off center.

Jiuquan Railway Station is located in the south of the city, 12 kilometers away from the city center. There are mini bus serving the railway station and the South Bus Station ( close to Jiuquan Hotel). The ticket price is 2 Yuan. The fact that no train start from Jiuquan Railway Station means that train travel from Jiuquan to the rest of the country is not a good option, given the fact that train tickets are hard buy. There are trains passing through Jiuquan to Lanzhou, Jiayuguan, Urumqi, Xian, Chongqing, Chengdu and Beijing.

From Jiuquan to Jiayuguan

Public bus: there are public buses runing between Jiuquan and Jiayuguan every 5 minutes. The ticket price is 2 yuan.Travel from Jiuquan to Jiayuguan by public bus takes around 30 minutes.

Taxi: Taxi travel between the two place takes about 10 yuan for 20 minutes.

From Jiuquan to Dunhuang

At the time of writing, there are three trains running between Jiuquan and Dunhuang. The jounery is around 400 kilometers and it takes about 4 hours.

Buses to Dunhuang are plentiful.