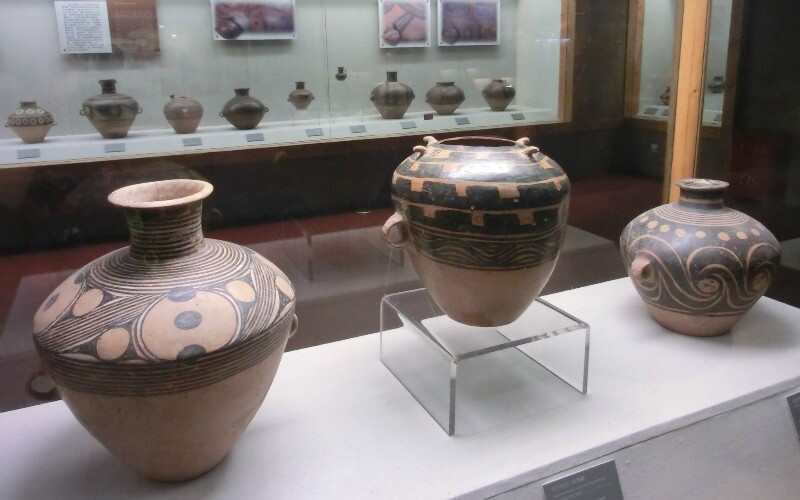 Built in October 1979, Jiuquan Museum is a comprehensive museum with the preservation and collection of cultural relics and scientific education combined as one. Over 6,000 pieces of cultural relics, ranging from the Neolithic Age to the Western Han Dynasty (206 BC-9 AD) tothe Wei（220-265）, Jin (265-420), Southern and Northern dynasties（420-589）, to the Sui (581-618) and Tang (618-907) dynasties to the Qing Dynasty (1644-1911) are exhibited, fully showing the economic, political, historical, religious and cultural statuses of Suzhou (ancient Jiuquan) in ancient times.

The main buildings of Jiuquan Museum are decorated in the style of the Wei and the Jin dynasties. Along the central axis of the museum four pillars are lined that are carved with dragon patterns and the statues of 12 symbolic animals associated with the 12 year cycle, all of which are shaped uniquely and spectacularly.