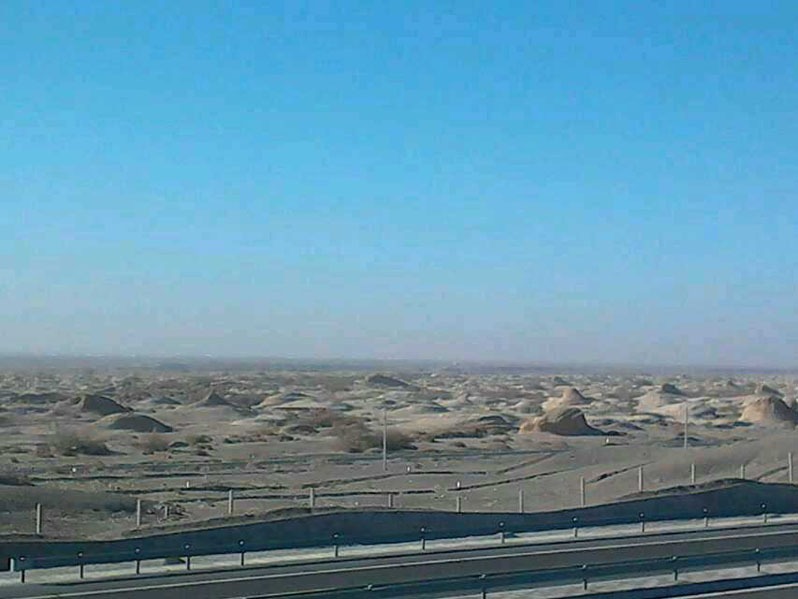 Jiuquan Railway Station is located in the south of the city, 12 kilometers away from the city center. There are mini bus serving the railway station and the South Bus Station( close to Jiuquan Hotel). The ticket price is 2 yuan. The fact that no trains start from Jiuquan Railway Station means that train travel from Jiuquan to the rest of the country is not a good option, given the fact that train tickets are hard to buy. There are trains passing through Jiuquan to Lanzhou, Jiayuguan, Urumqi, Xi'an, Chongqing, Chengdu and Beijing.

From Jiuquan to Jiayuguan

Public bus: there are public buses runing between Jiuquan and Jiayuguan every 5 minutes. The ticket price is 2 yuan.Travel from Jiuquan to Jiayuguan by public bus takes around 30 minutes.

Taxi: Taxi travel between the two place takes about 10 yuan for 20 minutes.

From Jiuquan to Dunhuang

At the time of writing, there are three trains running between Jiuquan and Dunhuang. The jounery is around 400 kilometers and it takes about 4 hours.

Buses to Dunhuang are plentiful.

jiuquan Jiuquan Travel Guide - How to Plan a Trip to Jiuquan