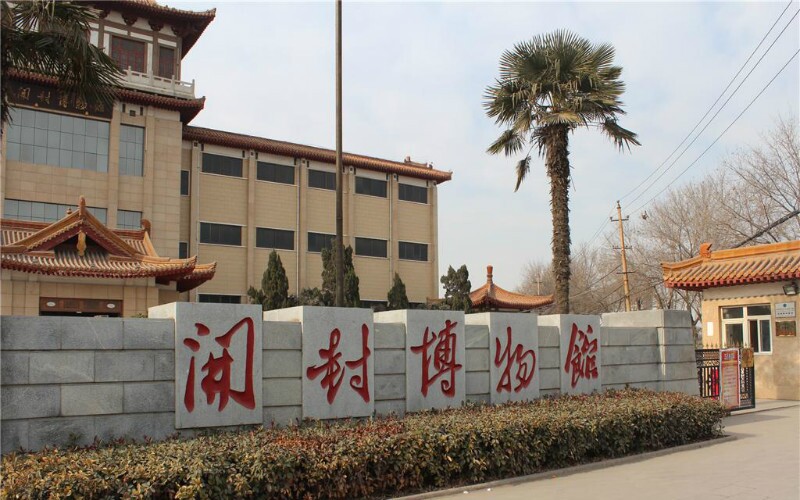 Kaifeng Museum was established in March of 1962. Its highlights are its historical instruction, especially the instruction about revolutionary history, the Song Dynasty exhibits, and its collection of art. The museum is in a relatively quiet area with beautiful scenery. It is only about 10 meters from a big pond, Baogong Lake. The museum building is grand and magnificent, and covers an area of more than 5,000 square meters.

It has four floors, of which three floors are used as the exhibition halls. Over 50,000 relics are displayed there, including ancient crockery, bronze utensils, paintings, carvings, icons, and jade.

The Rainbow Bridge, a famous painting work that shows a prosperous Northern Song Dynasty (960–1127), riverside ccene at Qingming Festival by Zhang Zeduan, is exhibited on the first floor.

When you enter the building, you can see a wooden portrayal of Kaifeng in the Northern Song Empire period, before the area was overrun by the Jurchens. At that time the city was called Bianjing. The Northern Song Empire had advanced technology and was comparatively rich, and they built tall towers. You can see some of them today, and learn about the city's architecture at the museum.

Several revolutionary actions and battles against Japan were fought in the area from the time of the end of the Qing era to 1948. You can learn about and see documents of the times in the South Hall.

On the second floor you can learn about the Northern Song Dynasty and its economy, science, art, and history. At that time Kaifeng was one of the world's largest cities.

With prior arrangement with the staff, people can see three stone steles, a pot, and perhaps other artifacts from the ancient Kaifeng Jewish community. The steles date from about 500 years ago. That remarkable small community of people existed from at least the Northern Song Dynasty times 1,000 years ago or even before. It almost died out in the 20th century, but it is reviving as some of the descendants learn Hebrew and visit Israel.

kaifeng Kaifeng Travel Guide - How to Plan a Trip to Kaifeng