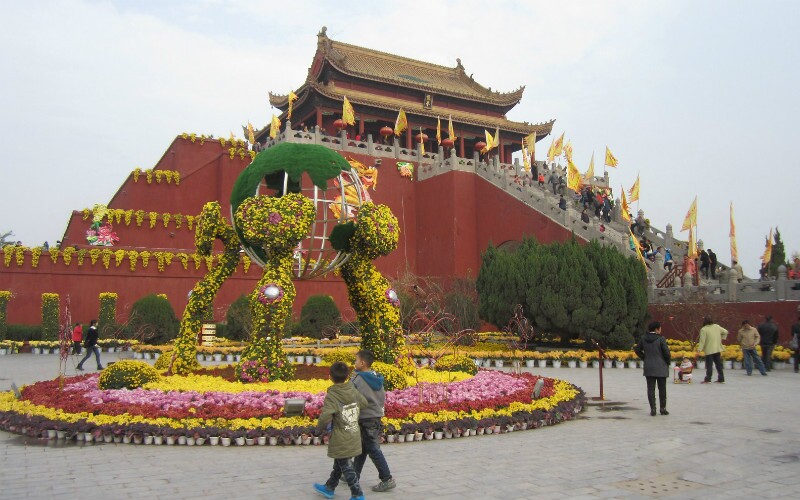 The Northern Song Empire had its capital in Kaifeng from 960 to 1127. During that time, Kaifeng was rich, cosmopolitan, and scientifically advanced. The Pota (or Fanta) Pagoda was built in 974. It was a a part of a temple complex called the Tianqing Temple (天清寺; Tiānqīng Sì). However, the temple was destroyed over the years.

The Pota Pagoda originally had 9 floors. It is said that it was 80 meters or 260 feet tall, and it had a hexagonal shape. It is now 37 meters or 121 feet tall. But it is said that 76 feet of it is now below ground due to massive destructive floods from the Yellow River that covered the area in dirt. What remains is a three story structure, but it isn’t prominently displayed.

The three story structure is made of brick it. It has a hexagonal shape, but the floors are not the same height. The bottom floor is significantly taller than the top. It is said that top floors were taken off during a reconstruction in the Ming era hundreds of years ago because the Ming ruler thought the building was too tall. There are 108 Buddha images on tiles, but the lower tiles have been defaced. It now looks like a Ming Dynasty pagoda.

People say finding it is difficult because it is in a maze of alleys in the southwest corner of the city.