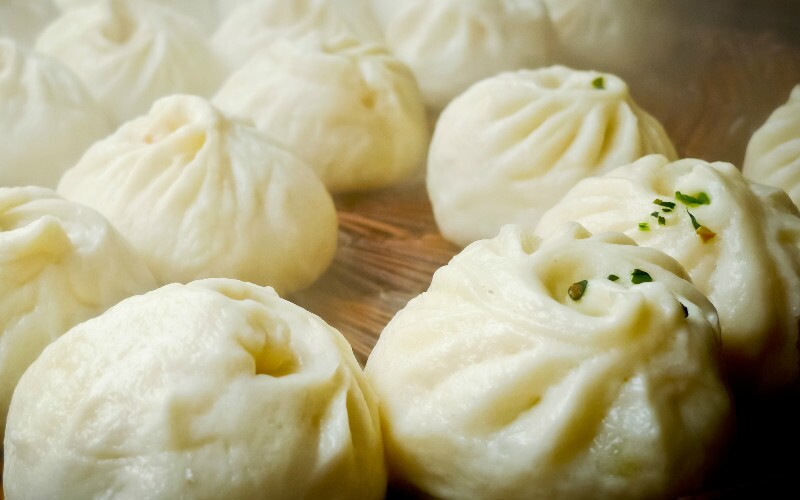 Food culture in Kaifeng has a long history. Kaifeng is the birthplace of Yu Cai (Henan Dish), which is one of the ten major Chinese cuisines in China. Kaifeng Dish is a representative of Henan Dish for its unique Bianjing taste. Among those delicious food in Kaifeng, Li Yu Bei Mian (Carp with noodles in sweet and sour sauce), Tuo Zi Ji (spring chicken in salt), Tao Si Bao (made of duck, chicken, pigeon and quail), etc. are the most attractive. Snacks in Kaifeng are famous too, with various kinds. Xiao Long Bao (Steamed Small Meat Dumpling in Basket), Huang Men Fish, Xing Ren Cha (almond tea), Yang Rou Kang Mo (thin cake with minced mutton in it), Chao Liang Fen (stirred agar-agar jelly), Ba Bao Fan (rice pudding) etc. are all representatives.

The most well-known Xiao Long Bao shop is called Di Yi Lou (meaning the best restaurant). However, people have to wait for a long time before they get the Xiao Long Bao for there are too many customers there. Most customers are tourists from other places.

This is the shop where local people usually go to. It is said that Xiao Long Bao here is more delicious than Xiao Long Bao in Di Yi Lou.

The history of Gu Lou Night Fair can date back to Song Dynasty, now, it has become a great tourist site and biggest night fair in Kaifeng. Here, there are various kinds of snacks with different tastes. Apart from local snacks, snacks of other places gather here as well. In the south of Gu Lou Night Fair, snacks are mostly of Islamic style, while in the north, snacks are mainly of Han style.