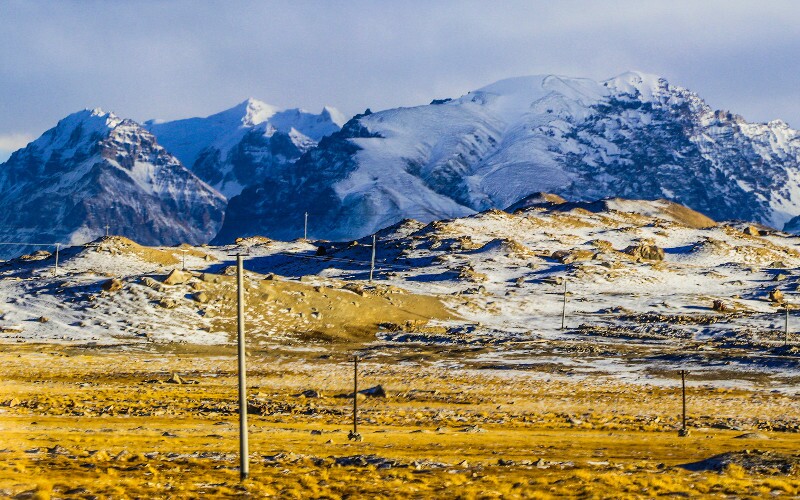 Stone City at the north of the Tashkurgan is a significant castle ruins on the ancient Silk Road. The old fortress was built on a precipitous hillock. Outside the castle were broken city walls which were built with huge rocks. These walls stretch around 1300 meters along the city. The wall was 6 meters high and about 1-3 meters wide at the top. On the four corners of the wall there were originally watching towers but they all collapsed. The stone city is unique with bizarre-shaped stones littering everywhere. Hearth ruins were found at the site. At the southeast of the city is a temple ruin where once pottery, Tang coins, stuff weaved with silk were excavated.

The ruin was the capital of the Puli Kingdom, one of the 36 kingdoms in the Western Region under the jurisdiction of the Han Dynasty. The Tang rulers set administration office here to rein the region after it unified the area. The Yuan government had enlarged and reconstructed the Stone City for military purpose. It was in the Qing Dynasty that the government built a new city in the south and the Stone City was deserved.