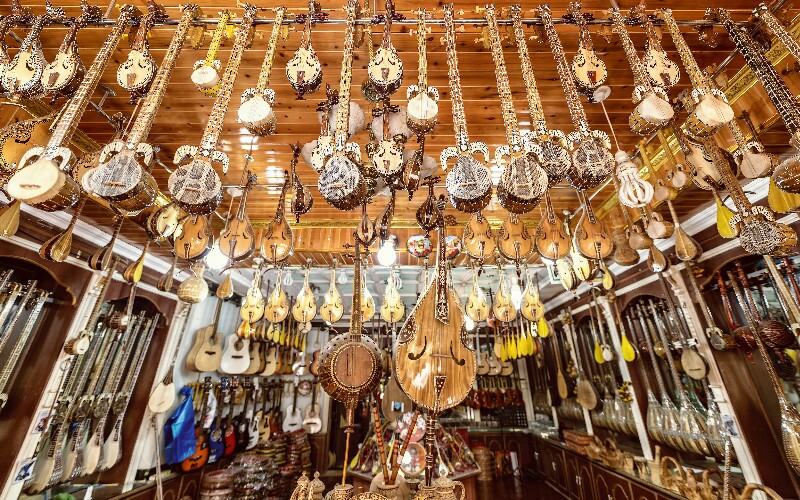 Kashgar is on China's westernmost border area in the middle of several Central Asian countries, Pakistan and the Kashmir of India. It is a city of about half a million people. It is rapidly being developed and modernized by the Chinese government that sees the city as a strategic gateway to Central Asia and South Asia. Historically, it was the Silk Road crossroads of Central Asia.

Perhaps the Chinese government wants to recreate its role as the modern commercial center for the whole large region. But as yet it is still the important commercial center for the poor and backwards ethnic people of western Xinjiang. It is within about 200 kilometers of Kyrgyzstan, Tajikistan, Afghanistan with fabulous mineral wealth, and Pakistan and India with their big markets. So the modern Karakoram Highway is being modernized to allow quick access for trucks going to Pakistan.

The "Ancient Town of Kashgar" that was a Uighur neighborhood and a tourist site is being quickly destroyed and redeveloped into a modern area of the city. But the inhabitants of the entire region are still comparatively poor and technologically backwards, so the goods for sale in the markets such as cattle, horses to ride, carts, ethnic clothing and crafts are unusual in the modern world of supermarkets. The exotic remoteness and backwardness of the region is probably what draws foreign tourists who come to watch the various ethnic people trade and get bargains on the region's goods.

The city has a long history. Its Chinese name is Kashi (喀什). During the time of global empires in the 19th century, it was considered a strategic area to control. Most of the people are Uighurs, though lots of Chinese are moving in, and there are also other Muslim minorities. On Sundays, the Chinese Uighurs come to shop, and business people trade with people from other countries.

By visiting the market, you can see businessmen from many places and get an idea of the culture and commerce of the whole region in Central Asia. Everything from horses and camels to food and handcrafted products may be bought in the market areas from morning until night.

There are actually many market areas, but Sunday is a traditional market day so farmers and ranchers come in to sell their products and people go out to shop. In various areas there are farmer’s markets, “flea markets,” animal markets and meat markets. Dried fruit and delicacies are offered.

People sell stacks of clothes, shoes, leather products, textiles, rugs, carpets, scarves, souvenirs and other goods in an eclectic messy mix. There are a lot of stalls selling hats. There is also a place where people can ride horses to test them. People crowd the narrow streets on their way to the two main market areas for animals and products. They herd animals or carry them in cages, and people trudge in with bundles and sacks.

In general, the only Xinjiang people coming in to trade in the markets are ethnic people or Muslim Chinese. Regular Chinese usually don't go in to trade. So the people generally look like Turks with light skins and dark skins.

There is a lot of ethnic food available, and people can eat their fill for about 14 RMB or 2 USD. People who have been to Muslim market bazaars in other countries say that the Kashgar Sunday Market is one of the grandest and most fascinating in the world.

The Uighur people are the main ethnic group in the city. The Uighurs in this western part of Xinjiang were the first of the Uighur groups to become a Muslim people about the 10th century. The Uighur people are a Turkic people who speak a language related to Turkish. They came from Mongolia and settled in the whole region during the first millennium AC. Like the Turks themselves, many are of Caucasian or mixed ancestry.

The town was a regional or international market town for thousands of years. At the times when the big trade routes were open such as around 2,000 years ago and around 800 years ago during the time of the Mongol empires, trade goods came in from as far as East Asia, Europe and North Africa.

But when wars and conflicts blocked trade, the city was the main market area for the region. Nowadays, tourists and business people come in from the surrounding regions, and the local farmers and herders come in to sell their products.

Kashgar Old Town is being torn down, but perhaps what is left is worth seeing. It was a maze of Uighur homes and shops. People used to be able to watch Uighur craftsmen at work. Zhiren Street is close to the Id Kah Mosque. There are a lot of craftsmen at work there too. The Id Kah Mosque is large and active. It was built several hundred years ago.

A regional attraction is Karakul Lake that is a lake in very high mountains. The four to six hour drive there is very scenic, and ethnic yurts are there for inexpensive accommodations in the summer.