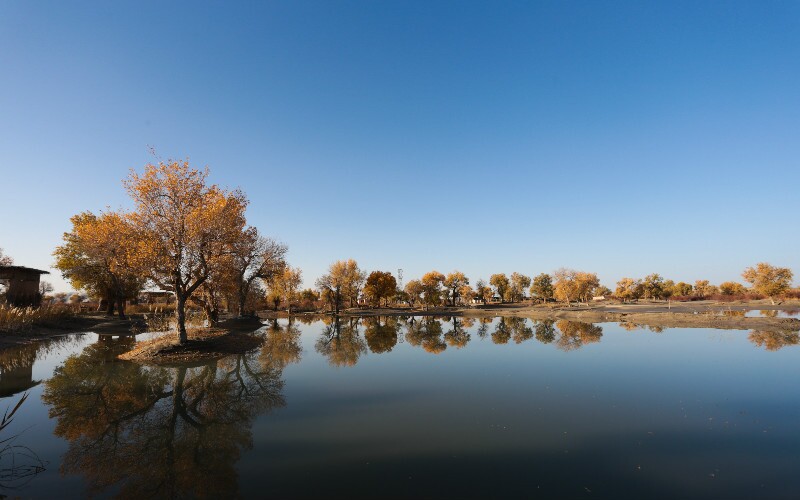 Korla Travel Guide - How to Plan a Trip to Korla

Korla or Kurla locates in central Xinjiang with an area of 7116.9 square kilometers. Korla means "overlook" in Uygur and is the capital of the Bayin' gholin Mongol Autonomous Prefecture, which has a similar territory as France and claims the largest prefecture in China. To the northeast, it is the Tarim Basin, to the north is the Tianshan Mountain's branches-Kuluke Mountain and Hualashan Mountain, the Taklimakan Dessert (second largest desert in the world) is on the south. Korla has the Han (majority), Uygur, Mongolian, Hui and so on 23 nationalities, the minorities accounts for 30.1% of the population.

Korla has long been a prosperous and the biggest centre in the region after Karashahr itself with abundant water and extensive farmlands, as well as controlling the main routes to the south and west of Karashahr. Due to the discovery of oil in the Taklimakan Desert, Korla is now both more populous and far more developed than Karashar. Korla is home to a huge operational center for Petro China's exploration in Xinjiang. It is known for its production of fragrant pears, which are well known in the region for their sweetness and flavor-so called "the City of Pears".

Korla, transportation hub at central Xijang, is 470 kilometers northward far from Urumqi, westward to Kuqa is 280 kilometers, which consisted by two national highways No.314 and No.215.

To outer provinces, Korla has flights to Chengdu, Jinan, Beijing and so on each week; There are 8 flights between Korla and Urumqi every days, it just takes half hour. The trains go to Urumqi, Turpan, Hami then to the other provincial cities Lanzhou, Xi'an and Chengdu.

Westward, the highway passes through Aksu, Kashgar, northward to Karamay City. Korla is 457kilometers far from Urumqi. Everyday, Korla has buses to Urummqi which takes about 6hours' driving. The newly built dessert road runs through the Taklimakan and reaches Minfeng County and Hetian City.

Korla is the warm temperate continental dry climate, the total sunshine is 2990 hours per year, frost-free period average 210 days, the annual average temperature is 11.4 °C, the lowest temperature can reach - 28 °C. The annual precipitation is 58.6 millimeters on average; the year biggest evaporation is 2788.2 millimeters, the domain wind direction is northeastward.