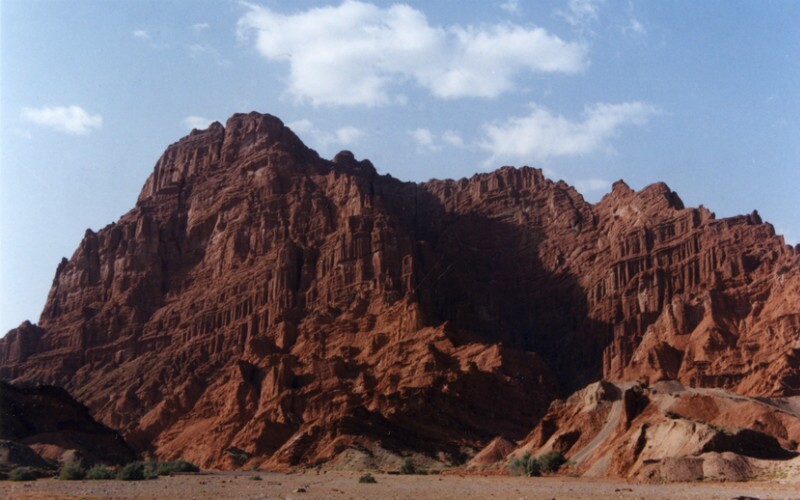 Kumul Travel Guide - How to Plan a Trip to Kumul

Kumul, a county-level city in the Kumul Prefecture in the east of the Xinjiang Uygur Autonomous Region in China, is located east of Tianshan Mountains. As early as more than 2000 years ago, Kumul has become a stronghold on the Silk Road when Zhang Qian first opened it in the Han Dynasty. As a result, it is also called "the Strategic Passage to the Western Regions (a Han Dynasty term for the area west of Jade Gate Pass, including what is now Xinjiang and parts of Central Asia), and the Passageway Linking up East to West". Kumul is also the well-known Hami melon growing area. Kumul covers an area of 8.5 square kilometers (850 hectares), with a population of 404.4 thousand. 21 ethnic groups including the Uygur people, Han people, Hui people, Kazakh people, etc. live in this city. The postal code here is 839000 while the area code is 0902.

Kumul has beautiful landscape and a lot of places of interest. The east branch of Tianshan Mountain traverses the territory. In Kumul, we can see mountain streams and pine forests everywhere. On the foot of the mountain, there are vast grasslands where animal husbandry is well developed. It is also the native haunt of the famous Barkol Horse. Barkol Lake, White Stone, Kou Men Zi, Mingsha Mountain, Shi Cheng Zi, Ba Da Shi (or Eight Huge Rocks), Miao Er Ravine, Xi He Ravine (or West Black Ravine) and so on are all unique natural landscapes here. Apart from the beautiful natural landscape, there are places of historic figures and cultural heritages that are worthy to be visited in Kumul as well due to the long history here, including Hui Wang Ling (Tomb of the King in Kumul), Gai Si Mu (Tomb of Gai Si), Tianshan Temple and some ancient cities, ancient stone tablets and cliff paintings.

There are various kinds of food in Kumul. Tourists can have a taste of specialties of different places including Sichuan cuisine, Cantonese cuisine, Hunan cuisine, western fast food. They can also have delicious food with ethnic characteristics and Western Regions' special tastes in the big restaurants or stalls in Kumul, such as watermelons, great course with both meat and vegetables, thin cakes with mutton, potherb series (mushrooms, Artemisia dracunculus and goldball onion), You Su bread, mutton eaten with hands etc.

Food in the ethnic food area in west Hebanei tastes good. Tourists can bring food materials to the farmhouse-style restaurants of Uygur people in the Huichen County in the south. The night market of Kumul is near Dashizi. Besides, there are other kinds of food that tourists should not miss like the roast meat near bridge factory in the central city, meatball soup on the crossing near the restaurant, mutton soup on the south Jianguo Road, and the special chow mein near the fire station on Bayi Road.

Climate in Kumul is a typical arid continental climate of temperate zone. There is a big temperature difference between day and night. So, there is a saying popular here that "people wear fur-lined jacket in the morning and wear very thin clothes in the noon, while in the night, they eat watermelons around a warm stove". In the parts outside the mountainous area, the biggest daily range in a year can reach 26.7 °C, with the the highest temperature (extreme) 43.9 °C and the lowest temperature (extreme) －32 °C.

The best seasons for tourists to come to Kumul are July, August and September, namely the late summer and the early autumn. During this period of time, tourists can have a taste of the tasty fruits, appreciate the beautiful natural scenery and get to known about different manners and customs of different ethnics.