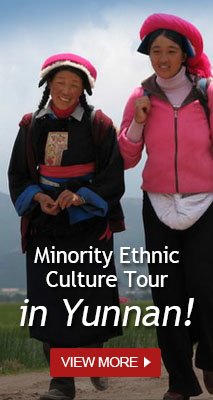 The Black Dragon Pool was named after a legend stating that in ancient times there was a black dragon living in this pool.

Two important building complexes in the Black Dragon Pool are the Longquan Temple (Dragon Spring Temple) and Black Dragon Palace. Longquan Temple, the largest structure in the park, was built along the pool during the early Han Dynasty. The temple was enlarged and reconstructed several times throughout subsequent dynasties. Most of the buildings visitors see today were completed during the Qing Dynasty. The Black Dragon Palace is at the bank of the pool, which is where memorial ceremonies were once held. This palace was built during the Ming Dynasty, around 700 years ago. It consists of three halls and two courtyards. 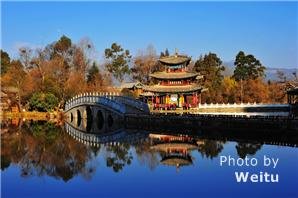 In front of the two temples, visitors will find huge ancient trees, including a plum, cypress, and camellia tree. The plum tree was planted over 1,200 years ago during the Tang Dynasty. The branches of the tree spread out in all directions while its roots twist and crisscross. The cypress tree, planted during the Song Dynasty, is a bit younger. The tree trunk takes four to five men to circle with their arms stretched out. The third tree is a camellia tree planted during the Ming Dynasty.

The three ancient trees add even more charm to this particular attraction.