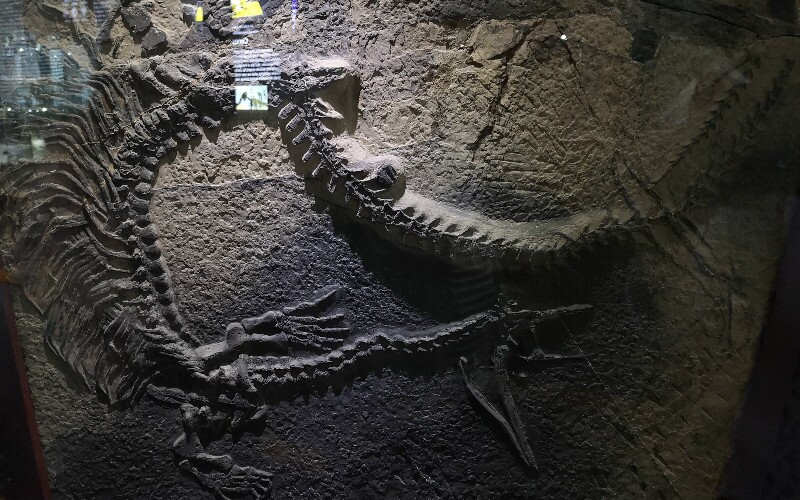 Chengjiang Fossil Site records the early establishment of a complex marine ecosystem in the Cambrian Period of 530 million years ago, systematically displaying over 200 fossil species of 16 phyla. It not only provides precious evidence for the origin and evolution of early forms of life, but it also challenges Darwin's biological evolutionary theory. Chengjiang Fossil Site was listed on the World Heritage List by UNESCO on July 1, 2012.

The museum displays the anatomies of hard and soft tissues of various organisms, invertebrate and vertebrate, and it boasts the best-preserved ancient fossils of its kind in the world. More remarkably, the major remote ancestors of today's animals are found in Chengjiang Fossil Site, and some fossil species are found nowhere else in the world, which is of great benefit to research on the bio-physiological structures and ecological environment during the Cambrian Period.

As a “fossil treasure house” of China, Chengjiang Fossil Site features over 120 fossil species, including sponges, coelenterates, nematomorphs, priapulans, kinorhynches, branchiopods, arthropods and chordates, and a variety of enigmatic groups and algae are also displayed.

The discovery of Chengjiang Fossil Site enables us to see the original appearances of the oldest creatures on the earth, from which we know the earth has been swarming with various creatures since the Cambrian Period. It's among the most important discoveries of the 21st century.

Transport: a taxi will take you there from Chengjiang County