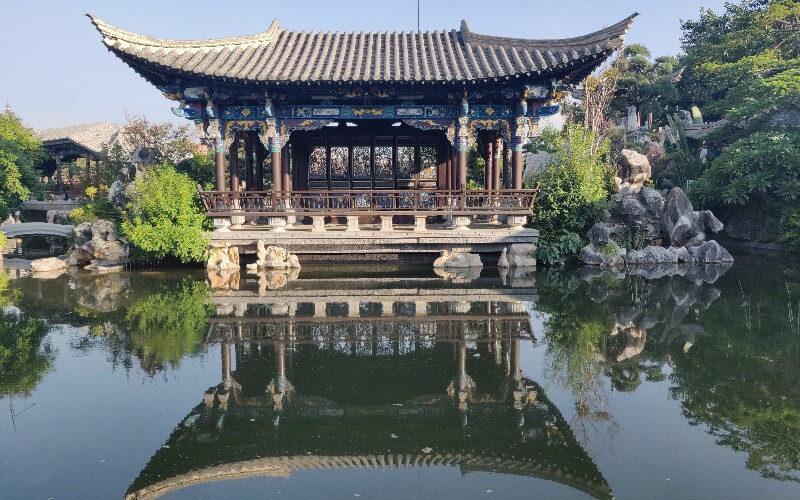 The ancient city wall of Jianshui was built 600 years ago in Ming Dynasty. Today only Chaoyang tower at the East Gate and Qingyuan tower at the West Gate is left standing. Each morning, elderly people meet with their birds at Chaoyang tower, to listen to the bird’s singing.

The Zhu family garden is a local residence with distinctive features. It was built 100 years ago by a merchant named Zhu and his brother after they became wealthy in their business. The garden is built as a maze. The main building is built with a layout of "four vertical and three horizontal lines". It's made up of many courtyard-style folk houses. We are reminded of the lives of the Zhu Family in times past by the upturned eaves, the vivid paintings and the exquisite carvings on the roof beams.

An Opera stage which has not been used for many years’ stands in the water in the garden with only the goldfish to enjoy the scene. A pavilion built for daughter of master is remains for visitors to see how the girl spent their lonely lives. 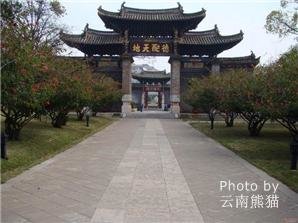 The Jianshui Confucius Temple, is one of the biggest Confucius temples in China and another of the ancient structures worth visiting. Confucius the famous philosopher lived from 551-479BC. His teachings and philosophies have deeply influenced Chinese, Korean, Japanese and Vietnamese culture and life throughout history. His temples spread widely during history but most were destroyed during the civil war and Cultural Revolution.

The Jianshui Confucius temple was first built 700 years ago and expansion continued afterwards. Its remote location meant it survived and today is a park. The big cypress tree standing in the temple is hundreds of years old. Dacheng Hall is the most splendid of the hall in the temple The 22 doors of the main hall are carefully engraved with nearly one hundred of birds and animals.

The students of Confucius were immortalized with their master in statues. Twice a year at Chinese Spring Festival and on Sep 28, the birthday of Confucius, a ceremony is held at temple to commemorate this great man. People pray the atmosphere of study can be passed from generation to generation.

Jianshui was many ancient wells hidden in lines. Searching for these wells is a interesting way to spend some time. This mouth of this well shaped is like a moon, so it is named moon well. There are ordinary wells also but your can also find wells with 2, 3 or even 4 well mouth openings. 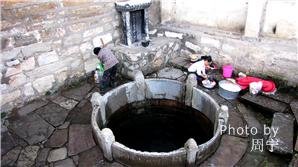 The most famous well in Jianshui is Daban well. It is located outside the West Gate. Local people travel a long distance to come here to get the water. They like the taste of water and use it to boil for tea every day. Not far from Daba well, there is another well named Xiao jie well, where the goldfish is swim in the water. These ancient wells are closely related to people’s daily lives.

There are several interesting places around Jianshui. The ancient Tuan Shan village 13 KM away from Jianshui is famous for its wood carving and ancient construction, and the swallow cave 28 kilometers to the east of Jianshui is crowded with visitors during summer, as thousand of swallows come here to build their nests.

Travel with China Highlights to Jianshui and discover the beauty of this ancient town.