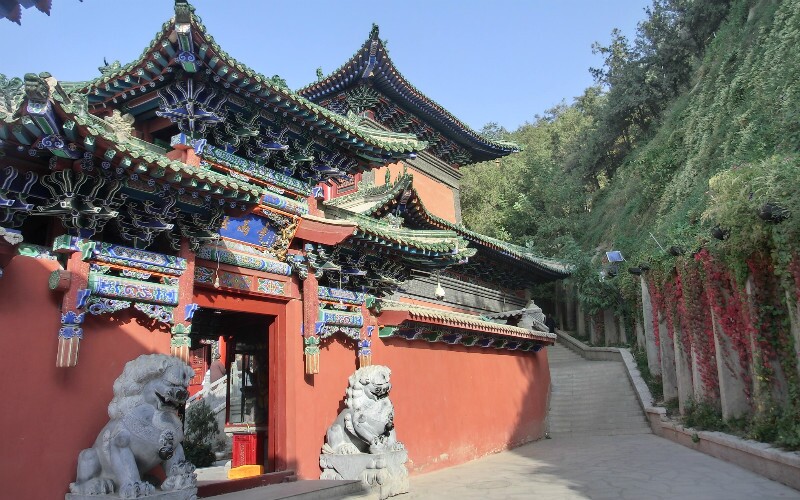 With an altitude of 1,700 square meters (18,299 square feet), the magnificent White Pagoda Mountain has long been a natural barrier of Lanzhou, and it neighbors the Yellow River with Jincheng Pass and Yudie Pass at its feet, and it was an important stronghold in ancient times. A park (White Pagoda Mountain Park) has been opened on the top of the mountain, where the old White Pagoda still stands. The White Pagoda Mountain is covered with old trees now, where a winding path leads to quiet seclusion.

History of the White Pagoda Mountain

The White Pagoda Mountain was occupied by the Xixia Empire during the early Yuan Dynasty (1271-1368). The legend went that Genghis Khan wrote a letter to the King of Tibet and expressed his aspiration of peacefully reunifying Tibet, and the King of Tibet sent a highly-learned Lama to pay a formal visit to Genghis Khan. Unfortunately, the Lama died of illness on his way to the Yuan Empire (1271-1368). The Yuan Empire (1271-1368) conquered the Xixia Empire during 1226 and incorporated Lanzhou into its domain. A temple was built in memory of the dead Lama on the White Pagoda Mountain, and it’s called the White Pagoda Temple by the locals, which has become a holy religious site in Lanzhou.

The White Pagoda Mountain is famous for its White Pagoda Temple, and the White Pagoda stands in the temple. The White Pagoda was initially built in the Yuan Dynasty (1271-1368), rebuilt by Lou Yongcheng in the Jingtai Period (1450-1456) of the Ming Dynasty (1368-1644) and enlarged by Chuo Qi (the governor of Lanzhou) in the 54th year (1715) of Emperor Kangxi’s reign of the Qing Dynasty (1644-1911). The 17-meters (56-feet) tall octahedral White Pagoda has seven stories with a green spire on the top, and its sides are decorated with Buddha patterns.

In addition, a number of ancient architectures are also available in the White Pagoda Park, including an archway, the Arhat Hall, Sangon Hall and the Three-Star Hall. The Yellow River Rare Stone Hall and the Reception Tent of the Yugu ethnic group are also worthy of your visit.