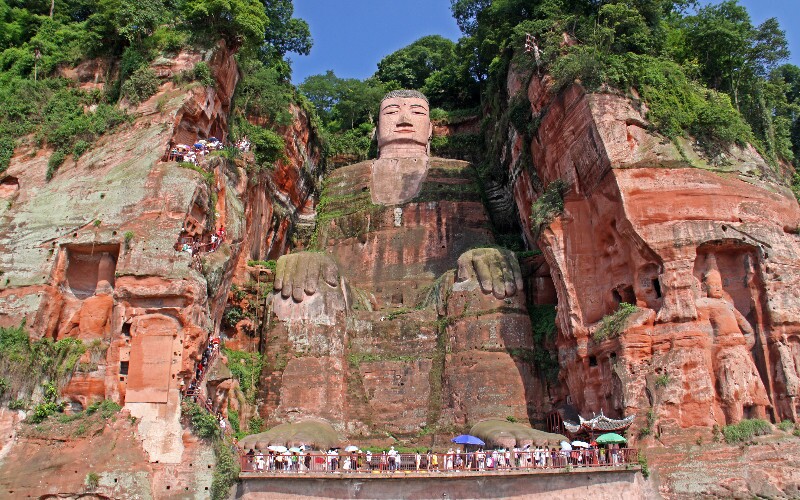 Mount Emei Mt. Emei in Sichuan Province in Southwest China is one of the most well-known summer destinations in China thanks to its pleasant weather, congenial atmosphere, the inspiring natural scenery and the..

Fairy Pool is a renowned attraction in Jiuzhaigou. It is situated in Dalu town, about 45 kilometers (28 miles) from Ganhaizi Lake. In Tibetan, the Fairy Pool Scenic Area is called Nen'en Sangcuo, meaning "a..

Lingyun Mountain in Leshan, Sichuan Province is famous for carved-in gigantic statue of Buddha and for the Lingyun Temple that sits on the mountain. Here is one of the most famous Buddhist religious sites in ..

Mount Emei Snow Scene Mount Emei Ski Resort was built in 1998 and It is the first ski resort in Sichuan. The ski resort is famous regionally for its profuse forests, natural beauty, decent pistes, and skiing t..