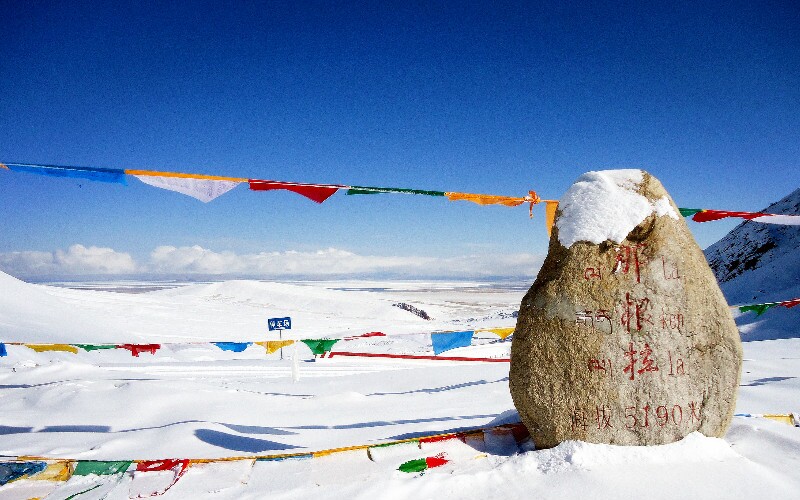 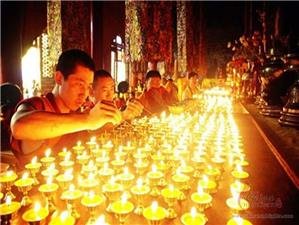 Weather: Temperatures continue to fall, but it feels warmer in December in Lhasa than it does in much of the northern US and northern Europe. The average low temperature is -9 °C (16 °F), and the average high temperature is 8 °C (46 °F).

Though there is a big temperature drop at night, it is usually sunny and comfortable outside in the day. It is one of the best months for touring highlights in Lhasa because it is very dry and sunny and it is low tourist season. There are eight hours of sunshine a day, and there is 1 day with precipitation a month and only 1 mm of total precipitation. It feels warmer due to the 3,600 meter (12,000 feet) elevation. See the Lhasa weather forecast>>

Clothing: For the temperature swings, dress in layers with a coat and trousers. The UV radiation is moderate because it is a little misty and foggy, but still cover up and wear a sun hat and sunglasses to protect yourself. You might need your coat inside Lhasa's hotels and restaurants because many don't have central heating. Take heavier winter gear is needed in higher mountain areas.

Altitude Sickness: Oxygen levels are much lower in Tibet, so cardiovascular conditions and other health issues are exacerbated, and most people get altitude sickness. For the best experience, acclimate before exertion or going higher than Lhasa. More Lhasa health info.>>

Things to Do in Lhasa in December

The Tsongkhapa Festival: This is a minor festival during which prayers and chants are said. It celebrates the anniversary of the death of a monk named Tsongkhapa. Tsongkhapa lived in the 1300s in Tibet and wrote important volumes of the Tibetan Buddhist tradition. At Sera and Leprung in Lhasa, there may be processions. This festival is in November or December usually depending on their calendar.

Yambajan Hot Springs: People will be amazed to find an outdoors hot spring fed pool for swimming and enjoyment at the 4,300 meter level. It might make for a comforting winter excursion. This hot springs area is about 1½ hours northwest of Lhasa along road G109. The waters are high in sulphur.

Shop and Dine on Barkhor

Barkhor Street: It is Lhasa's shopping street. Tibetan people bow and stretch out on the pavement as a traditional Buddhist way to worship and make pilgrimages. They make their way to Jokhang Temple that is on the street. They worship outside and circle it.

In December, you can enjoy the street and the highlights with less tourists and relatively more Tibetans than during high season. Try the high protein Tibet food in the restaurants, and buy souvenirs in the dozens of stores on the street. You can get artwork and handicrafts such as Tibetan rugs, clothes, crafts and artwork, and gold and silver jewelry. 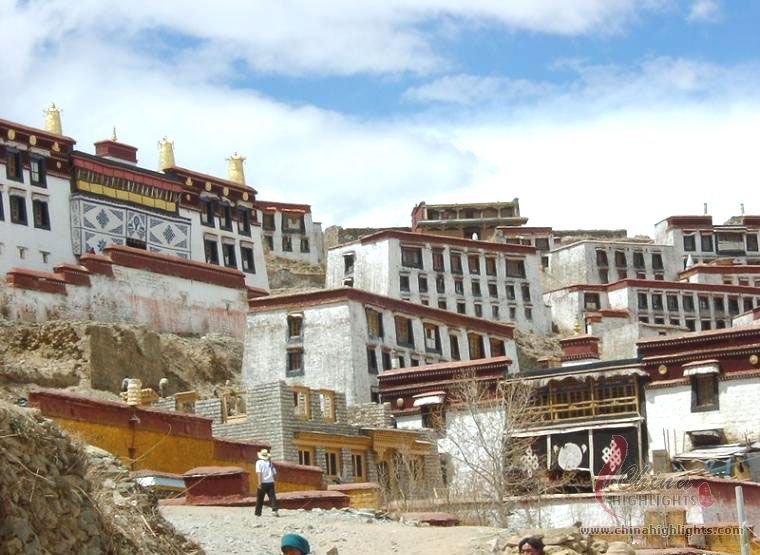 Ganden Monastery: This big monastery is an authentic and important monastery where monks are still trained. It is probably the most scenic and interesting monastery in Tibet because it is on top of a scenic mountain at an elevation 4,300 meters or 14,000 feet.

It is one of Tibetan Buddhism's three main monasteries and was founded in 1409. It is only about 1½ hours away from Lhasa.

Visit the Potala Palace: This big palace is a world famous Lhasa landmark and recommended by UNESCO. A structure was first built in the 600s, and later in 1645, the present building was begun.

It has about a 1,000 rooms, and it is 13 stories tall. It is still used as a worship place, but it is mainly a museum. Crowds of pilgrims and locals worship during their ceremonies. Because you have to climb a lot of stairs, it is good to acclimate for two days before touring. 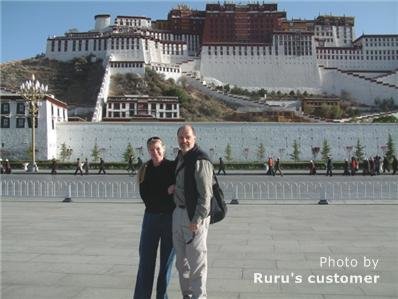 Low season: December is one of the months when the least Chinese tourists arrive because there are no big public holidays. However, more foreign tourists arrive during the Christmas season, and Tibetans come to Lhasa for worship or stay there over the winter when temperatures drop at higher elevations.

Enjoy less crowds, and get lower ticket prices and have a better choice of accommodations. You'll need a Tibet tour visa that we can arrange; and we can get Lhasa hotel rooms, flight tickets and train tickets that you'll appreciate.

7-Day Train Journey from Xining and Tour: As you go through the mountains, you'll acclimate and can see the scenery from the windows. Then tour the Lhasa highlights.

4-Day Essence of Lhasa Tour: Tour the highlights including the Potala Palace and Barkhor. This tour is modifiable.

Air Quality in Lhasa in December 2014