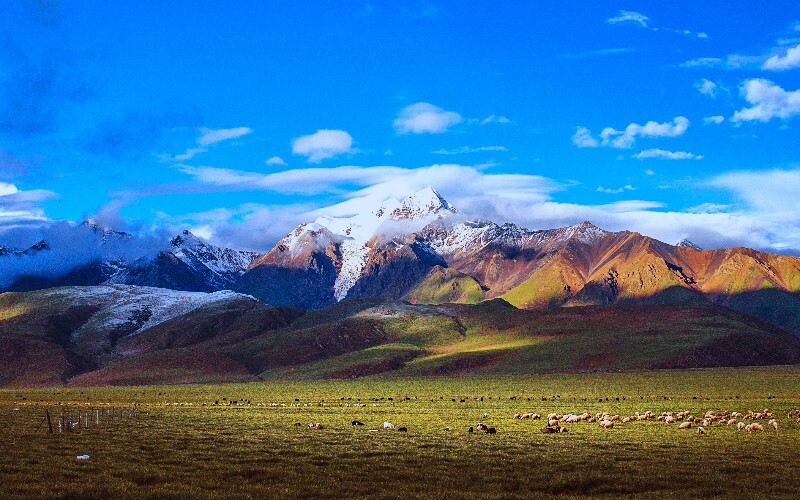 Nagqu Travel Guide - How to Plan a Trip to Nagqu

Nagqu is a sparsely populated region of Tibet with protected wildlife, unspoiled grassland and Tibetan culture at its most rural. It is a huge prefecture of over 450,000 square kilometers, but less than 400,000 people, encompassing the north-central zone of Tibet.

Nagqu's attractions include: ancient Yamtung (or Zhangzhung) Cultural Site, the Bon monasteries, “Holy Lake” Namtso and the life of the highland herdsmen. The town of Nagqu is home to famous and historic Shodain Monastery.

Nagqu has a unique landscape. In Nagqu, the vast Changtang grassland is surrounded by the imposing mountains and divided by the pure rivers of this region. Lake Namtso, Lake Tangra Yumco and over 1,000 others are like jadeite scattered on the grassland of the plateau.

There are numerous hot springs and geothermal spots. The region is also a reserve for many species of alpine wildlife and vegetation. There are over 20 animal species under level one or level two national protection, including wild yaks, Tibetan antelope, and Tibetan wild donkeys.

The natural wonders and the special folk customs have formed distinctive tourist attractions. The local people have created colorful religious legends for the mountains, lakes and rivers, which have retained their unspoiled natural appearance.

Every year, the town hosts the Nagqu Kyaggen Horse Race that draws crowds of local people. During the one-week horse racing festival, different kinds of sports activities will be held such as tugs of war, carrying rocks, archery and yak racing. Song and dance troupes from all parts of Tibet add to the fun.