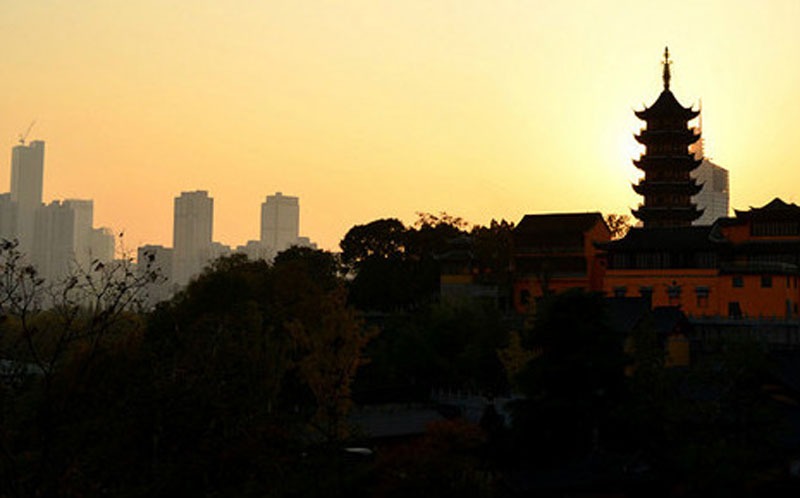 The steep and lofty Purple Mountain is home to some famous places of interest of Nanjing.It isjust like a huge dragon intending to fly, and it perfectly combinesthe magnificence of an ancient city and the beauty of the peaks as one.

Covered by verdant trees, the Purple Mountain is seven kilometers (4.3 miles) long from west to east and threekilometers (1.9 miles) wide from south to north.Its tallest peak, Toutuo Peak, is 448 meters (1,470 feet) tall with the 350-meter (1,148-feet) tall Little Maoshan Peak in the east and the 250-meter (820 feet) tall Tianbao Peak in the west, and it’s an AAAAA-level Scenic Area of China as well as a demonstration base of China's ecological culture.

History of the Purple Mountain

Highlights of the Purple Mountain

Praised as “the First Mountain of Chinese Humanism”, the Purple Mountain is the final resting place for emperors and outstanding heroes from over ten dynasties, and it’s a blend of the Six Dynasties culture, the Ming Dynasty culture, the Republic of China’s culture, the mountain and water culture, the ecological and recreational culture and Buddhist culture. A number of famous cultural relics are dotted near the Purple Mountain, which are centered with the Mausoleum of Sun Yat-sen (the first president of the Republic of China).

In addition, the Purple Mountain Observatory stands on Tianbao Mountain, which is the cradle of China’s modern astronomy.Nanjing International Conference Hotel is located at Sun Yat-sen's Mausoleum Scenic Spot, where the scenery is picturesque.The best times to visit the Purple Mountain arein spring and autumn, and you can appreciatethe plum blossoms on Meihuashan Mountain in full bloom in spring and the red leaves on Qixia Mountain in autumn.