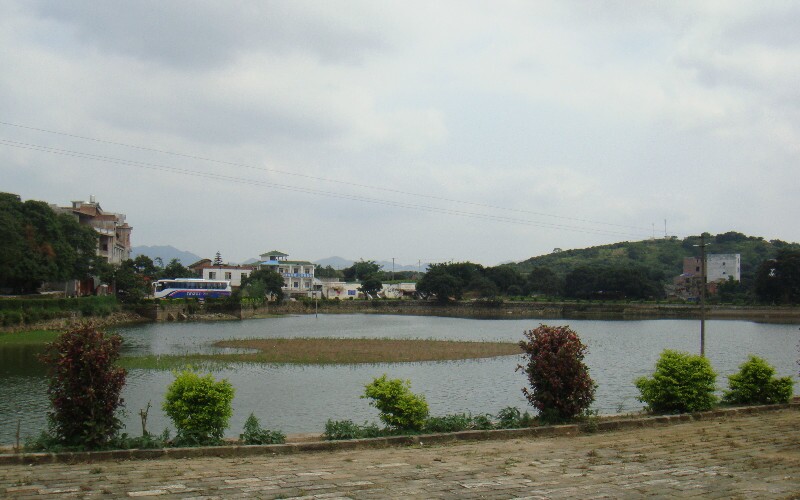 With a history of more than one thousand years, Yangmei Ancient Town still preserves architectures of the Ming and Qing dynasties.

Through more than a thousand years, Yangmei ancient town was prosperous for the developing of waterway transportation but also depressed for it. Built in Song dynasty and developed in Ming dynasty, it met the most prosperous time in Qing dynasty. Even now, it still preserves architectures of Ming and Qing dynasties, such as ancient street, lane, temple, shrine, house, tree, port, Wenwu pagoda, and beacon tower, all of them having an old-fashioned and antique lasting flavor.

Located in the lower reaches of the Zuojiang River, the ancient town is surrounded by a river at three sides. It is 30 kilometers from Nanning City with convenient transportation. Entering the town, old houses of Ming and Qing dynasties are presented one by one, as well as other historical relics like Qizhu house, Juren's (the former second degree candidate in the provincial examination) house, Jinshi's (the former third degree candidate in the national civil service examination) house, Muyi gate, Jinyue monument, Huang's garden, old streets and lanes, ancient windows, carving eaves and lichened basement, from which a sense of peace and mildness is pervading.

In addition, there are two historical relics in the ancient town. One is the former residence on Jinma Street for the revolutionists, Liang Zhitang and Liang Lieya, leaders of the 1911 Revolution. It was the secret place for meetings of Zhengnanguan Revolution leaded by Sun Yet-sun, the first president of the Republic of China. The other one is Kuixing Tower built in the first year of Qinglong Emperor period of Qing dynasty (1736 AD).

There were 8 scenic spots which are still addressable in Yangmei, namely the Sunset Reflected on the Dragon Pool, Green Trees on Thunder Peak, Sword in the Spring, Pavilion Facing the River, Moon Night on the Beach, Medication on the Slope, Rosy Clouds Watching in the Pavilion and the Sound of Beach and Pine Forest. Walking along the beach, Yangmei wonder stones appraised by the traveler Xu Xiake in Ming dynasty can be found here or there, like steeple stone, penguin stone, golden frog stone, sea lion looking back stone, horse stone, dolphin kissing stone, all of them with their fantasies and stories. Being 15.3 meters in height, its main building is in the shape of a square like an imperial seal, thus called the Imperial Seal. With a majestic appearance, Kuixing Tower is not only a precious historic relic, but also an important memorial for the 1911 Revolution.