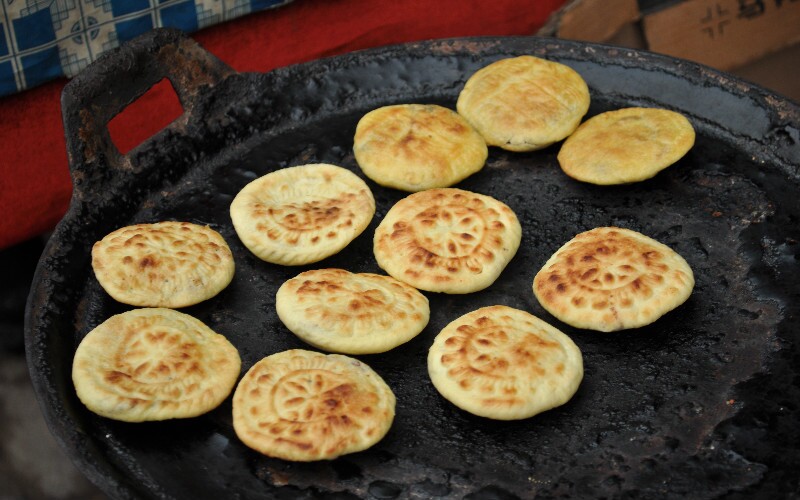 As a branch of Shanxi cuisine, the local diet in Pingyao features wheaten food as well. Pingyao beef jerky is also an important part of Shanxi’s dietary culture over the past century. The best places to have a taste of the local food lie along Mingqing Street inside the ancient town.

Pingyao Wantuo is one of the most popular traditional snacks. With a history of about 100 years, it was first invented by a famous cook during the Qing Dynasty (1636-1911). Highly sophisticated methods are used to control its temperature, color and flavor. First, the wheat and buckwheat are measured out and mixed with warm water into a paste. Then oil, salt, chopped green onion and other condiments are added. Second, the paste is dished into small bowls, which are then put into bamboo steamers. After steaming, they are left to cool down. Local people have two ways to enjoy the steamed paste. One is cold noodles with sauce. For this dish, the paste is cut into the shape of noodles, and mixed with vinegar, garlic, sesame, aniseed water, hot pepper and other ingredients. The other is hot fried noodles with bean sprouts.

Jellied bean curd is a kind of Tofu mixed with a salty sauce. The sauce is made of noodles, soy, starch and various spices.