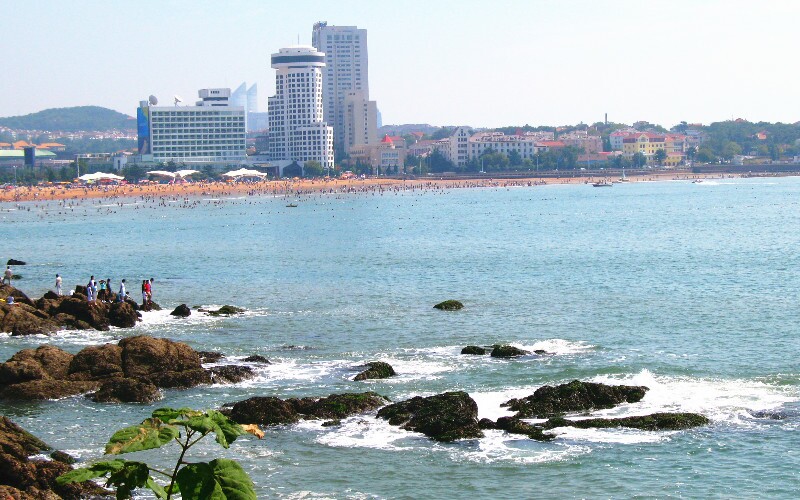 Qingdao belongs to the monsoon climate. The climate of downtown Qingdao has clear features of oceanic climate because it is adjusted directly by its oceanic environment and is influenced by southeast monsoon and ocean current. Four seasons are divided clear. August is the hottest month, not hot really with its average temperature of around 25 degree centigrade. January is the coldest one and its average temperate is -1.2 degree centigrade.

Generally speaking the climate of Qingdao is very agreeable. The golden months will last from March to November, especially at the late of August and the sea water is mild at that time. It is the best period for seashore swimming. Tourists who like swimming are advised to take warm clothes, which will be used at the beach at evenings when the weather becomes cool. Have a look at our Qingdao Tour Packages and choose your time of travel.

Spring is from March to May. This season offers plenty of sunshine and a favorable climate. Changes of temperature are frequent, which means you might experience a few warm days alternated with cold windy days.

Summer is from June to September. Summer in Qingdao is hot and humid, and under the influence of monsoon, there are occasional heavy showers. July and August are the hottest months, with average temperature at about 25 °C (77 °F). August is the best time for enjoying the beach and swimming. The fine weather coincides with the well attended Qingdao Annual Beer Festival, which begins on August 15, and lasts for 15 days. Wear any summer clothes, such as shirts, shorts and skirts. Prepare a coat for the evening beside the beach.

Autumn is from October to November, with very pleasant cool weather and plenty of sunshine. There are alternative days of warm and cool weather, so prepare coats, sweaters and shirts for the weather.