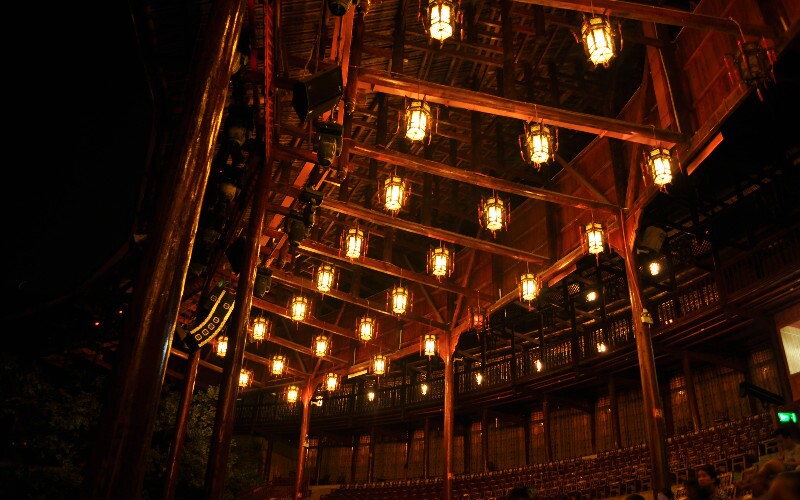 The Dong people are spread over a region of southern China. They are a distinct ethnic group. Their legends say that they traveled south and west from where the Chinese people live today. In the southern Dong territory, there are numerous drum towers in the center of the Dong villages. These drum towers may be the towers of a clan or of a village. Around Sanjiang, there are about 160 drum towers. The Mapang Drum Tower may be the most attractive of them, and understanding their use is a way to know about an aspect of the traditional life of the Dong people around Sanjiang.

Mapang is a stockade village that is about 28 kilometers or about 17 miles away from Sanjiang County. It is a masterpiece of Dong ethnic architecture. The original Mapang Drum Tower was built during the Qing Dynasty (1644-1911), but over the years it was damaged several times. The modern one was rebuilt in 1943. It is perhaps of the largest of the drum towers in the area. It covers about 169 square meters (about 0.04 acres). There are upturned eaves.

The drum towers each had a drum that was used to summon the villagers if something important happened. Clans or villagers might use their structures to hold ceremonies, meet or relax. At Mapang during some festivals, the villagers gather to perform Dong plays accompanied by playing lusheng flutes, dance and sing. The Dong people are renowned for their polyphonic choirs. In 2009, UNESCO officially listed the Dong Grand Choir performances as a World-class Intangible Cultural Heritage. While you are there, you can also admire the expert carpentry skills for which the Dong are also renowned.