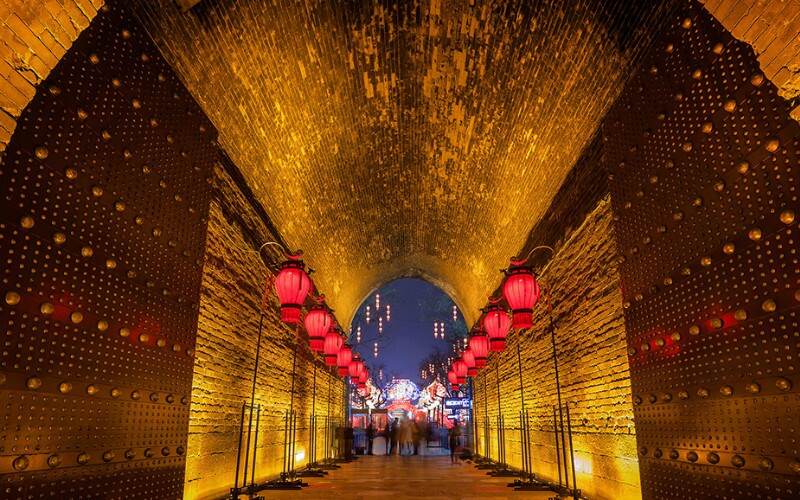 Shaanxi is one of the birthplaces of Chinese civilization. When talking about Shaanxi, one could not ignore its long history. The fossils of ancient people unearthed in 1963 prove that about 1.1 million years ago, there were human beings named Lantian ape-man living there. Ban Po Village Remains in the east of Xi’an City, shows the progress and civilization of Neolithic Matriarchal community with a history of 6,000–7,000 years), travelers can visit Xi’an Banpo Museum (the first prehistoric excavation site museum in China) to get more detailed information. Near 5,000 years ago, the earliest ancestors of Huaxia, Yan Emperor and Yellow Emperor built their tribes and founded Chinese civilization in north Shaanxi; together with the start of agriculture, the creation of Chinese characters and the silk road, all of these are showing Shaanxi’s splendid and glorious ancient civilizations. If you are really interested in the history and culture of Shaanxi, and Chinese ancient civilization, Shaanxi History Museum would be a tourist destination which you should not miss when travelling in Shaanxi.

Shaanxi also plays an important role in the history of Chinese revolution in recent period. In 1935, the Red Army arrived at Yan’an and ended the Long March(1934–1936, covering a distance of 12,500 kilometers or 7,767 miles), and after 13-year revolution, China got the victories of Anti-Japanese War (1937–1945) and the War of Liberation.

There are two typical performing arts in Shaanxi which are Qinqiang Opera and Chinese Shadow Plays.

Shadow Plays originated in Shaanxi with a long history of about 2,000 years. It is a kind of puppet plays earning lots of popularity. All the characters in the plays are made by hide or paperboard. Performing the plays, the figures are controlled by performers behind the white screen, apart that, background music and sound effects are needed. Read more information on Chinese Shadow Plays.