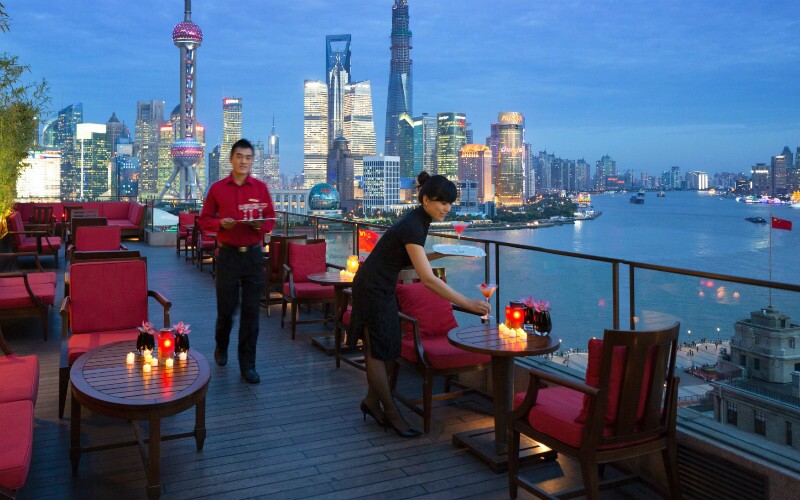 The quintessential freelance writer at Boonna. Ashtray, Check. Coffee/Rum and Coke, Check. Silver computer that could be mistaken for a Mac in a sideways glance, Check.

On the surface Shanghai looks like a city that is just discovering Coffee Culture, but hidden in small side streets behind non-descript doors in the French Concession are an array of small cafes and bars that tread a fine line between exclusivity and no one knowing they are even there.

The obvious upside to seeking out the hidden gems is to escape the crowds, but their less obvious benefit is that, unlike the more well known and conspicuous venues, hidden cafes are much more permanent fixtures, because they have a loyal customer base. That means they are more likely to be there for longer. If you are planning a trip to Shanghai in 6 months time then there is a good chance that a bar or café will open here, spend two months in vogue, and then disappear again before you arrive.

If you have to slip off to catch up on some work during your holiday then Boonna is a great place to do it. During the morning and early afternoon it has a quietly busy ambience to it, and thanks to the airy outdoor seating area it is a particularly nice place to work during the summer months. Boonna used to be exclusively the preserve of freelance writers and bloggers, but it is gradually attracting a broader clientele who come for a slice of tranquility.

The coffee is good and the food is the sort of café fare you find the world over, good without trying to be too adventurous. The generous collection of books make it a great place to while away some time in the late morning, planning what to do about town in the rest of your day.

Just a few blocks from Boonna, located in a French-style villa in the French Concession, is the Secret Garden; which offers good quality Cantonese food, and perhaps more importantly, a chance to escape the crowds.

The dining rooms get gradually more intimate the higher up in the building you get, from the large public dining room housing several tables on the ground floor, to the small private rooms in the attic catering for groups of four.

If you do find yourself at the secret garden for lunch, make sure you try their pork and eggplant dim sum. If the secret is out then this dish is the reason. As you may have guessed behind the restaurant there is a 'secret' garden, which can be a nice quiet place to stretch your legs after slightly too much lunch.

On a side note, be aware that shark fin soup is on the menu here, so if you have an aversion to supporting an establishment that sells it with your custom then Commando Chicken Express is two minutes walk west down Changle Lu.

10 minutes from the Secret Garden down an anonymous residential side street on Donghu Lu is Monkey Lounge, a quasi-secret cocktail lounge. It doesn't open until 8pm, and the entrance is inconspicuous with a doorman who always seems to be well camouflaged in the dark.

Once you step inside though you will see in a chic high ceilinged cocktail lounge, more reminiscent of Hong Kong than Shanghai; indeed it is not unusual to hear people speaking Cantonese there.

I said quasi-secret because if you go there on a week night then you'll be satisfied that you have found a real hidden gem, but on the weekend Monkey Lounge can fill up, particularly if they have a promotion that evening.

From a wider perspective, Donghu Lu is a good street to spend the evening on. There is the marginally less secret Craft across the street; also down an unmarked alley, offering Vodka-based cocktails for around 50RMB; and the Sichuan Citizen a few doors down toward Huaihai Road.

There are many more hidden cafés spread across Shanghai, some of which neither you nor the locals will ever find, but at least with these three venues you can be sure you will be the only tourist in sight.

Discover more of Shanghai with China Highlights. See our Shanghai tours that can be altered to suit your requirements.