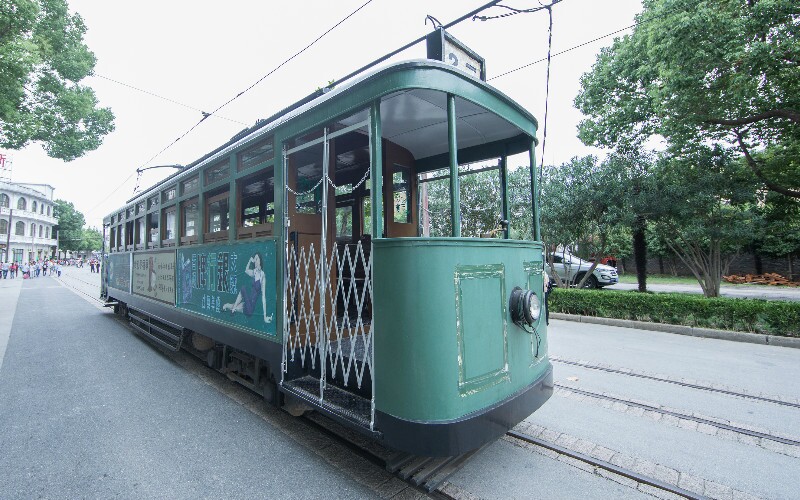 There are many interesting things in people's daily lives that are considered unique sights in Shanghai. However, they are disappearing with the rapid development of this city. Here, 10 things are mentioned for your reference. Longtang is a major place for children to play various games. Almost all people who lived from the middle of the 19th century to the end of the 20th century had such an experience in their childhood.

At that time, boys liked games such as playing with marbles and olive nuts, throwing cigarette cards, rolling hoops, and playing with Chinese yo-yos, while girls were fond of games like skipping with rubber bands, kicking shuttlecocks, hopscotch, and cat's cradle.

However, with the improvement of housing conditions and the development of family entertainment, children don't play such games any more, and Longtang games with a history of more than a hundred years are fading away.

In summer evenings, people use well water to clean the cemented ground in front of their houses before they move chaises longues or bamboo cots outside, they then set a small table and chairs in order to have their meals in the open.

Drinks of ice beer and lemon soda, as well as food such as stir-fried sponge cucumber with green soybeans, stir-fried Chinese greens with egg, and white gourd and ribs soup are common to see on tables.

After supper, people may play chess or cards, chat together, or watch a film shown in the open air while having water melon or mung bean soup and listening to the endless call of cicadas in the trees and croaks of frogs by the river.

These trolleys will be kept in operation until the end of their service in 2015 as they have some old problems. The operators also say that trolleys are less flexible and convenient than buses.

Lingkao is Shanghai slang for goods sold by weight, particularly for soy sauce. Usually, the unit of weight is liang (1 kilogram = 20 liang). The then planned economy gave rise to Lingkao shops. In 1951, there were 1,869 Lingkao shops in Shanghai, reaching their peak.

With the development of the market economy, the number of shops selling soy sauce began to decline. There were 1,016 shops in 1964, but the number decreased to 646 by 1995. Now, shops of this kind are like gold dust.

Some elderly peddlers from Suzhou shouted about their wares in the street, carrying a flower basket in one hand and yelling "gardenias and white orchids". Others sold their flowers by sitting on the side of the road with their basket.

There was always a wet blue cloth in the basket on which there were jasmines strung in the form of a fan and some white orchids strung together on a lead wire. Those granny peddlers and their flowers are nothing but memories now.

Puffed rice is rice that has been heated so that it bursts and forms fluffy rice.

As long as an old man lit his stove to puff rice, children became excited. They waited in line for puffed rice, New Year cake or pearl rice. The old man first used his tool to measure the rice, and then poured it into a drum with some saccharine tablets before sealing the drum. Finally, he puffed the rice by blowing the bellows with his left hand and turning the drum with his right hand.

After a while, with a big "bang" and a great cheer of "wow", there was a puff of steam and then the air was filled with the perfume of puffed rice. Such a scene was so warm, pleasant and peaceful.

The profits in operating a second-hand bookstore are not large. However, with a love of books, the owners have kept operating over the past years, providing a place for those people who loving reading and searching for rare, old books.

Figures of Women Pouring Feces Bucket in the Morning

It was a special scene in old Shanghai: in the morning, someone pushed a hand-truck along that was used to collect feces, ringing a bell and yelling "pour feces". Then those sleepy, uncombed, and slipper-shod women walked outside to pour their feces out, carrying a feces bucket and a bamboo brush. After pouring feces into the hand-truck, they washed the bucket with the brush by the ditch in front of their houses.

Additionally, some women might put some clams' shells into the bucket so that the bucket would be cleaner. The sound of washing was loud and clear. Imagine the sound that split the air punctually each morning in the past. However, the figures of those women are disappearing. Fluffing cotton is an old traditional handicraft technique. The cotton, without its seed, is put on a board and then the handicraft man uses a mallet to beat a bow which fluffs the cotton. Usually, fluffing cotton is used to fluff an old cotton quilt to make it more soft and warm. In the past, when holding a wedding, however, the cotton of the quilt used in the dowry should be new.

Nowadays, cotton quilts are replaced by all kinds of silk quilts and acrylic fibers because they are warmer and easier to buy.

Touring with China Highlights to Discover More of Shanghai

Travel with China Highlights to discover old and new Shanghai, and see more unique Shanghai attractions before they disappear.