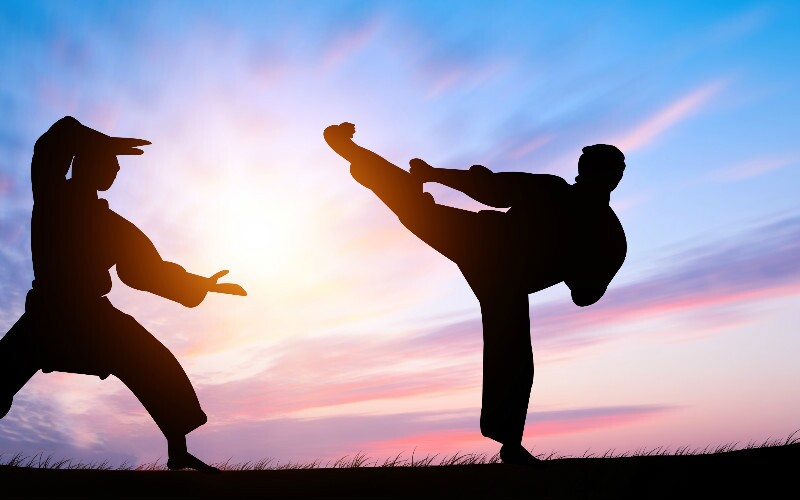 This museum is about Chinese Martial Arts, and it was the first museum in the world devoted specifically to this. The museum is in the Yangpu District of Shanghai.

Chinese martial arts are renowned around the world. It was popularized partly by Bruce Lee and the TV series Kung Fu. The museum is a part of the Shanghai Physical Education Institute. Its displays instruct on the history and culture of Chinese martial arts.

Over the centuries, people living in various regions in East Asia developed styles of martial arts. A map in the museum shows that there are 129 locations where various styles of martial arts originated in the region of modern China. The museum has an exhibit of weapons. Some are more than 1,000 years old, and others such as guns that were made in the Qing Empire (1664-1912) are much younger. There are also several interactive exhibits. In one interactive exhibit, people can try fighting with Bruce Lee. The martial arts are classified by style, origin, and history, and you can learn a lot about various kinds of Chinese martial arts and Chinese weapons by visiting the museum.

The museum was opened on November 20th, 2005. It measures about 2, 000 square meters or 21, 500 square feet. There are thousands of exhibits. The whole museum is divided into several sections. In one called “Time Gate,” there are computerized displays, martial arts videos and martial arts games. In one display, people can go back in time and spar with Bruce Lee (1940 – 1973) who became an American citizen and was widely influential in popularizing Kung Fu in his movies. He developed his own style of fighting called Jeet Kune Do.

Some very old weapons from various parts of China are displayed in the museum. Interesting exhibits are of gunpowder weapons and guns. Major halls in the museum are the Styles and Weapons Hall, the History Hall, the Temporary Exhibition Hall, the 3-D Cinema Theater, and the Multimedia Interaction Area.

China Highlights can help you customize a tour to visit Chinese Martial Arts Museum and other highlights in Shanghai.