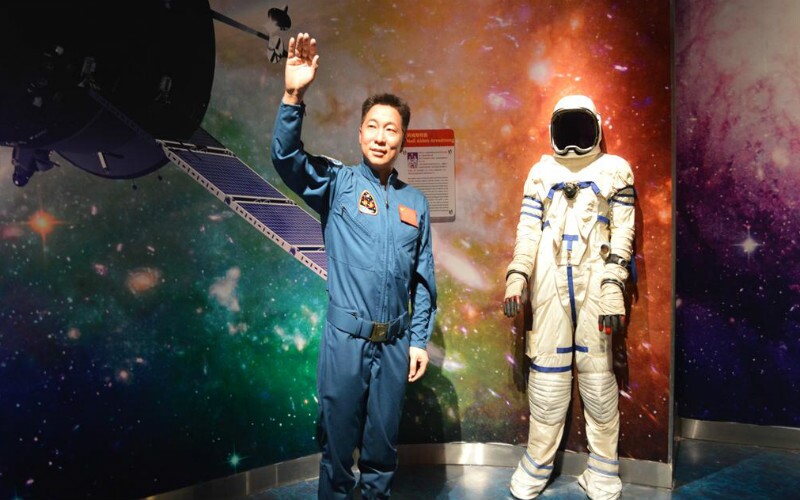 Like the other Madame Tussauds Wax Museums in famous tourist spots around the world, the Shanghai Madame Tussaud's is a favorite tourist draw. It includes seven theme exhibition areas, and visitors can take pictures with more than 80 vivid wax statues of Chinese people and foreigners.

There are dozens of wax statues in historical settings, like semi-live portraits, vividly recreating scenes in the lives of famous Chinese people and foreigners. It is a quick way to learn about the lives of famous people. Along with historical figures, there is a special scary room it might be better to not take your kids into. Parental guidance suggested. It has seven theme exhibition areas called Behind the Screen, Shanghai Charm, Historical Celebrities and Political Leaders, Movies, Music, Sports, and Speed, and there are places where people can take part in interactive activities such as karaoke ( カラオケ), making a movie, and playing basketball. Shanghai won over more than 30 candidate cities around the world and was chosen for one of the few Madame Tussauds wax museums. As of 2011, it is one of only 11 in the world. Interactive exhibits add to the excitement of the seven theme exhibition areas where people can experience everything from sports to movies to historical political and cultural figures. For basketball fans, life-size statues of Yao Ming and Michael Jordan are there, and for action movie fans, there are statues of martial artists including Jackie Chan. Visiting the museum is a graphic way for people and especially kids to learn about historical figures and have some fun!

Introduction to the Museum

In the seven theme exhibition areas and special rooms, visitors can negotiate with Bill Gates, feel the heartbeat of Andy Lau and take pictures with big stars like Jackie Chan, Brad Pit, and David Beckham. There are many interactive activities in the theme exhibition areas. You can also learn about the procedure for making wax statues, challenge Einstein's intelligence, and play go with Nie Weiping. You can challenge Li Xiaoshuang, Deng Yaping, and Tiger Woods!

Marie Tussaud (1761–1850) was a French woman. A physician taught her the art of wax modelling. She created her first wax figure that was that of Voltaire in 1777. She modeled other famous people of her time such as Jean-Jacques Rousseau and Benjamin Franklin. In a more ghastly turn, she started digging up corpses to make face masks of decapitated victims of the French Revolution. She toured with these macabre wax figures and established the first permanent Madam Tussauds in 1836 in London.

Starting about the 1990s, Madam Tussauds became an international company with major branch museums in about 11 touristy spots. Millions of people visit these museums each year. The Shanghai branch opened in 2006. In February of 2007, the Pepsi Studio opened to be the company's first collaboration with Madam Tussauds. The Pepsi Studio highlights Pepsi's contribution to China's pop culture.

People's Square is next to it, and the Shanghai Museum is about 1 kilometer south.