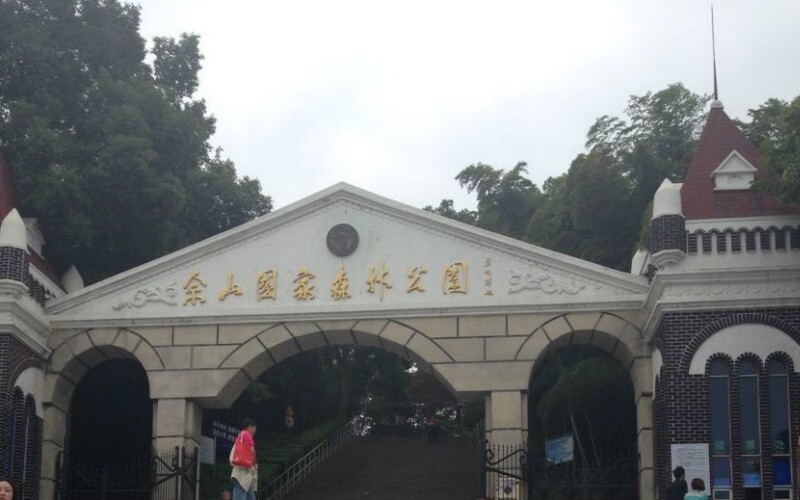 Located in Southwest Shanghai, North Songjiang District, Sheshan State Forest Park is a unique forest park with a big area and nice environment. It is also the birthplace of the city's history and culture. Mt. She (Sheshan) is one of the  hills in the Shanghai area, and it is renowned for its unique natural views and cultural interest. With the beautiful natural scenery such as thick bamboo forest and magnificent mountains and colorful religious culture on the top of the mountain, it’s very appealing to both Chinese and foreign visitors.

Besides breathtaking natural beauty, Sheshan features some popular tourist destinations, like the Basilica Minor of St Mary, which is a Roman and Gothic-styled Catholic basilica along with a butterfly garden that covers an area of 800-square-meters (8,600 sq ft). Sheshan National Forest Park is another popular destination in the area, which is located in the surrounding area. The entire area boasts of a rich cultural and historical heritage, which is reflected in numerous monuments, landmarks and temples scattered throughout the area.

Sheshan National Forest Park has nature as its theme. It is newly built for tourists, including more than 20 sightseeing and entertainment attractions. Animals and plants abound at East Sheshan. There are wild sika deer, pangolin and over 100 kinds of birds.

There are also many famous attractions in West Sheshan Park. The Church of Our Lady of Sheshan, the Basilica Minor of St Mary, is the biggest church in Southeast Asia as well as the landmark architecture of Sheshan. The Sheshan Observatory is one of the earliest and largest observatories in China. The Sheshan Observatory was formally established in 1962 following the amalgamation of the former Xujiahui and Sheshan observatories, which were founded by the French Mission Catholique in 1872 and 1900 respectively. Both came under Chinese government jurisdiction in 1950. It is one of the best places to witness a solar eclipse in the Shanghai area alongside Haining Town, Zhejiang Province.

Tianmashan is 3 km (2 miles) southwest of Sheshan and is the most beautiful and highest hill in Shanghai.

As a whole, it looks like a huge horse about to fly away, so it got the name Tianmashan (Heaven Horse Mountain). I think it is the best place in Shanghai to go for a hike or a walk. Tianmashan is exactly 100 meters high, so not a real mountain. But it’s the highest hill in the whole of flat Shanghai, even higher than Sheshan. And it’s more beautiful than Sheshan, because there are not as many people and there are some great trails through the bamboo forests.

There is even a leaning tower called Huzhu Pagoda that has a bigger angle than the Tower of Pisa with a history of more than 900 years.

Xiaokunshan Park is located in East Songjiang District, 4 km (2.5 miles) southwest of Tianmashan Park. It is constructed on Xiaokun Mountain, which is 54 meters (180 ft) high and covers an area of 120 hectares (300 acres).

Xiaokun Mountain was first called Kun Mountain. “Xiao”, meaning ‘small’, was added by later generations to differentiate it from other Kun Mountains. Because it looks like the head of a crouched ox from a distance, it is also called “Niutou” (‘Ox Head’) Mountain.

This is the homeland of the famous writers Lu Ji and Lu Yun from the Western Jin Dynasty (265–316). The park displays their reading station, thatched cottage and many other historical sites.

Overall, a trip to Sheshan is refreshing and different: the place allows people to have a pleasant and satisfying holiday away from the hustle and bustle of city life.