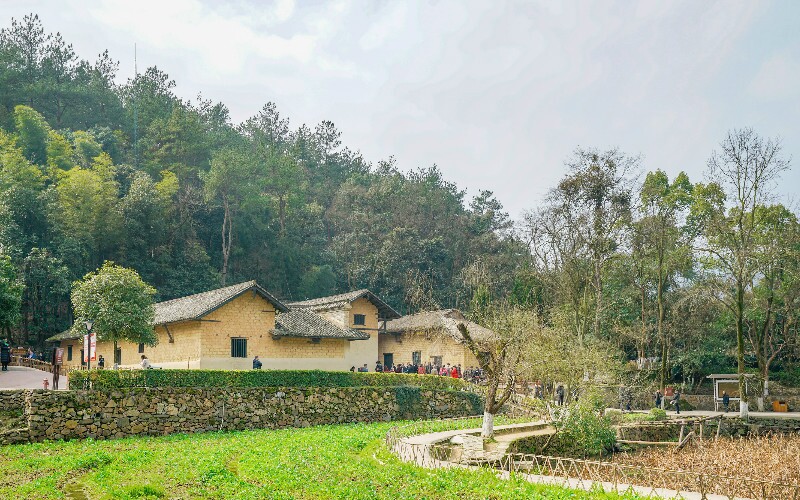 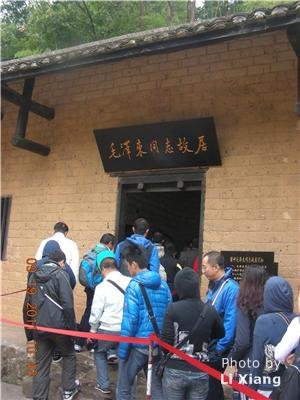 In Shaoshan, there is a farmhouse with the shape of "凹"and is built north to south. That is where Chairman Mao was born. It has 18 rooms in total. Mao Zedong started to live there when he was born on December 26th in 1893. In 1910, he left the place where he had spent the childhood as well as boyhood and went out for study.

The residence is still the same as it used to be. Many articles displayed were once used by Mao. There is bed, desk and closet in the bedroom, the square table and wooden bench in the hall, the jar and cupboard in the kitchen, the millstone as well as waterwheel and wooden rake in the room of farm tools. From them, you can trace the footsteps of Chairman Mao. There is a skylight in his room, through which you can get up to the roof. On June in 1925, he held a closed-door meeting in the room and then established the first branch of the Communist Party of China in Shaoshan.

In front of the residence, there is a pool named Nan'an Pool where lotuses are in full bloom. Nan'an Private School is about 100 meters away from it. It has more than 10 rooms and Mao studied there in his boyhood.

shaoshan Shaoshan Travel Guide - How to Plan a Trip to Shaoshan