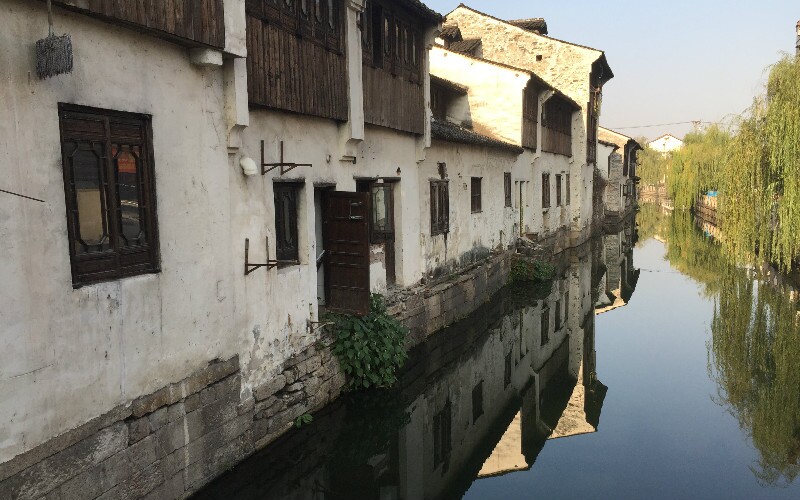 Shaoxing Travel Guide - How to Plan a Trip to Shaoxing

Situated in the south of Yangtze River Delta, Shaoxin City is 230 kilometers from Shanghai and has two neighbors in the province - Ningbo and Hangzhou separately in the east and west. It covers an area of 8,256 square kilometers and has a population of 4.34 million. Shaoxing is a city of story. It is a cultural ancient city which has a history of 2,500 years. With the accumulation of so many years' history, you will not feel surprised to hear its nicknames - "Museum without Walls" and "the Land of Celebrities". Shaoxing has long been the place that tourists are intrigued by. It is mainly because of its picturesque scenery, abundant human landscapes and local customs.

It is a renowned city of water and bridge in the south of the Yangtze River and thus gets the name of "Oriental Venice". The crystal water, which is sparkling in the sun, flows under the stone bridges with green plants on both banks of the river. Canoes are paddled in the water, adding agility into the peaceful and quiet watery world. The rivers flow as far as 1,900 kilometers with over 4,000 bridges lying on them as rainbows appearing on the sky after rain. It is the place where you can enjoy the authentic and classic scenery of water town.

Shaoxing Old Wine, whose history can be dated back to the Spring and Autumn Period, is a must for the visitors to Shaoxing. With unique traditional skills and water of Jianhu Lake, Shaoxing Old Wine is regarded to be the king of Chinese rice wine. It is widely used as a kind of drink, medicine and seasoning.

As a city of long and rich history, Shaoxing has some antique markets that are really worth visiting. Stroll in the markets, you will be drinking in them which are quite different from those which you have kept on wandering in. There are old-timey stone archways, long flagstone streets by the river as well as delicate small stores. In the stores, the simple but classical antiques, age-old calligraphies and paintings are waiting to be taken by the one who appreciates them. In addition, there are some markets where special stamps, coins and cards are sold.

When night falls gradually, you can take a canoe to travel around the city. Drifting downstream, you would see a world far from the madding crowd. In the world, there are white walls and green tiles, round caves and twisting paths, flowers in clusters and the shades of willow. With no luxurious decoration, it is impressing people in its own way. The round-the-city river is about 12 kilometers long. The main tourist spots in the city center of Shaoxing are distributed by the river and 27 bridges link two banks on the river. The whole trip takes around half an hour. 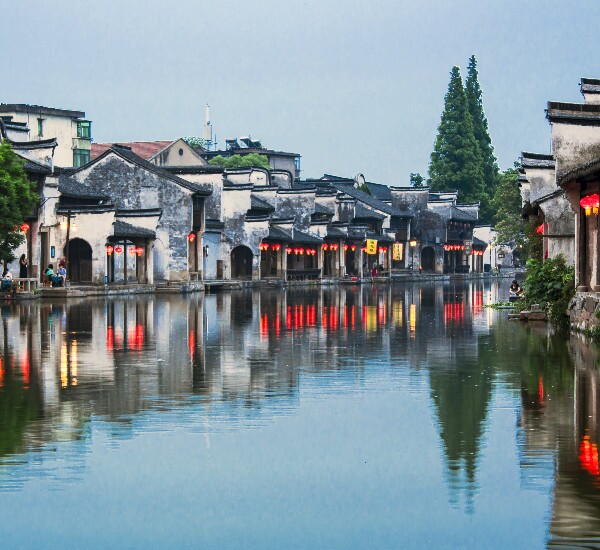