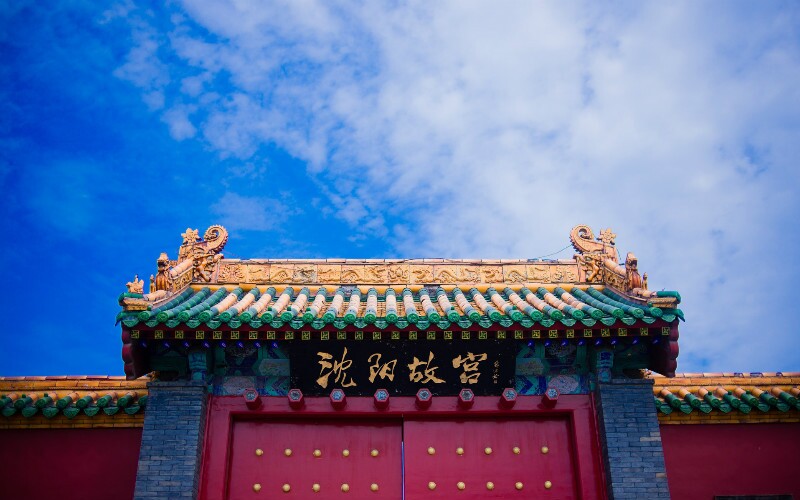 Shenyang Imperial Palace, also called Shengjing Imperial Palace, was first built in 1625 by Nurhachi (1559-1626), the first king of Hun of Jin State (built in 1616), and excessively extended by Huangtaiji (1592-1643), the son and successor of Nurhachi before they entered the hintland China and established the Qing Dynasty.

Shenyang Imperial Palace is the most ancient imperial architectural complex of Qing Dynasty in China next only to the Forbidden City in Beijing in historical and art value.

It was renamed Co-capital Palace and Emperor Eastward Inspection Palace after the foundation of the Qing Dynasty. With large-scale reparation time after time, the imperial palace now serves as a tourist attraction called Shenyang Imperial Palace Museum. The Imperial Palace in Beijing and Shenyang are the only two most well-preserved imperial architectural complex existing in China today.

Streets in Shenyang Old City are layed out in the shape of . The Palace, in the center of the -shaped streets, occupies an area of 6 hectares with 114 ancient buildings.

According to the layout and building time, Shenyang Imperial Palace can be divided into three parts: east, middle and west parts:

The palace is not only famous for its ancient imperial architecture, but also enjoy great fame internationally for its abundant collections. The palace exhibits a large number of the remaining imperial relics, such as the sword once used by Nurhachi.