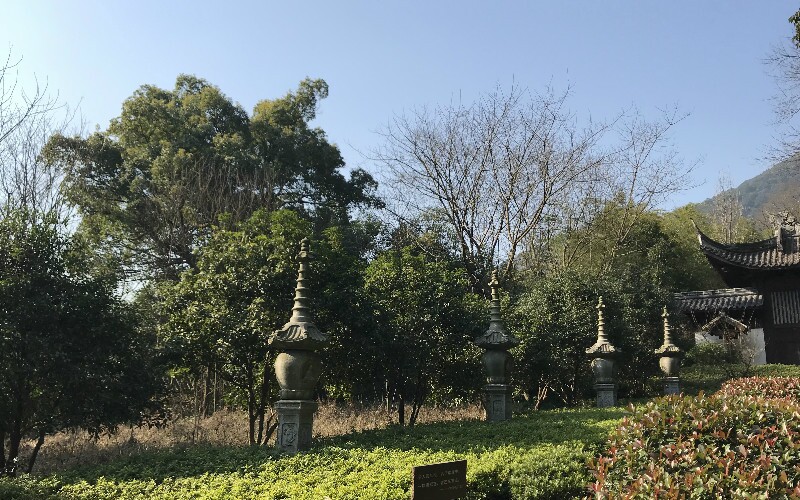 Longxing Temple originally named Longcang Temple (Dragon-hidden Temple) is one of the earliest, well-preserved and large-scale Buddhism temples in China. It is a key cultural relic under national protection. Its construction began in the 6th year in the reign of Kaihuang in Sui Dynasty (581-618). Emperors of different dynasties had paid visit to the temple to offer joss sticks to the Buddha statues, and left behind them many poems or notes on the steles in the temple.

The buildings of the temple, namely, Tianwang Hall, Moni Hall, Mituo Hall, Jietan Altar, and Dabei Pavilion, are evenly laid out on a central axis. Dabei Pavilion is the main building in the temple, housing a well-known 21-meter-high bronze Dabei Buddha with 42 arms. Moni Hall is famous for its structure, its plan being like the shape of a cross, and is the only structure with this shape in Song Dynasty. The frescos and colorful Guanyin Buddha Statue inside the hall are of high value.

There are about 40 steles in Longxing Temple, the most famous of which is the stele named as Longchang Temple Stele, often referred to as the first stele in Sui Dynasty. The calligraphy of the text on the stele takes up a very important position in the history of Chinese calligraphy. It is a masterpiece in terms of calligraphy, reflecting a transition of calligraphy style from the style in Wei and Jin Dynasty to that in Tang Dynasty, or from Lishu style (official script, an ancient style of calligraphy) to Kaishu (regular script). The characters on the stele look simple, square and orderly.

Another place of interest near Longxing Temple is Yongguofu Mansion, near to the temple in the north. The mansion is an archaized building built according to the description of the Chinese classic Red Chamber Dream. It is worth of a visit.